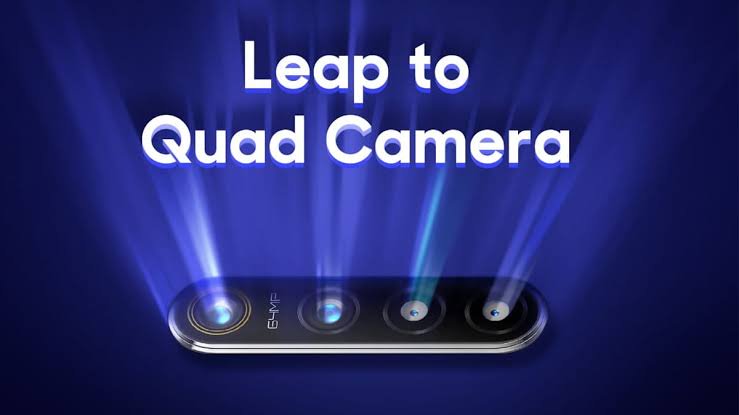 64MP camera war set to heat up in the coming months

Over the past couple of months, 48MP camera has been a rage in flagship as well as mid-range smartphones. But quickly this 48MP camera trend is going to be taken over by another upcoming trend of whopping 64MP camera in the latter part of the year. The first smartphone with a 64MP camera will, however, arrive as early as this month.

The buzz started with Realme which back in June confirmed that it was working on a world’s first smartphone with 64MP camera with GW1 1/1.72” sensor and 1.6µm pixel that will click amazing clear shots even in low light.

And now the fast-growing company has sent invites for a camera event on August 8 in India where it will showcase how its 64MP quad camera technology works.

Close on the heels, a reliable tipster, Ice Universe, has revealed on Twitter that the Xiaomi’s sub-brand Redmi will also release a 64MP camera handset in August. Notably, Redmi a few days ago already teased a smartphone with 64MP quad-camera setup and a resolution superior to that of 8K TV.

By the way, this month, Redmi will also release a 64MP camera phone, Samsung also restarted plans to launch 64MP A series phones in September-October.

The launch of Redmi 64MP camera phone in August seems credible since Redmi at the recent launch event of MediaTek Helio G90T SoC announced that it will launch a smartphone with the said chipset, which is capable of supporting 64MP cameras.

If we remember, Samsung in the past had also shown interest in prepping a smartphone with a 64MP camera but for some unknown reason, company abandoned it.

But, according to Ice Universe, Samsung has now restarted the work on that 64MP camera phone which will come under the Galaxy A series and might see the daylight in September-October launch cycle.

As of now, not many details have surfaced but it seems quite certain that all the three smartphones from Realme, Redmi, and Samsung will make use of a Samsung’s ISOCELL Bright GW1 64MP sensor, equipped with Tetracell pixel binning technology and a remosaic algorithm.

The camera will churn out 16MP images in low-light conditions. The sensor supports real-time HDR up to 100 decibels for more detailed colors. The upcoming Redmi 64MP phone is believed to produce more than 20MB size of images.

Realme hasn’t given any word as to when its 64MP smartphone will launch as it holds a camera event on August 8. With Samsung 64MP Galaxy A-series phone expected in September or October, it is primarily a race between Realme and Redmi to launch the world’s first smartphone with 64MP camera. Hopefully, we might hear from Realme on August 8 if it will steal a march over Redmi or not.

No matter who wins the race, it is just a foregone conclusion that more and more smartphone manufacturers will join the bandwagon of 64MP camera in the coming months, further heating their rivalry.