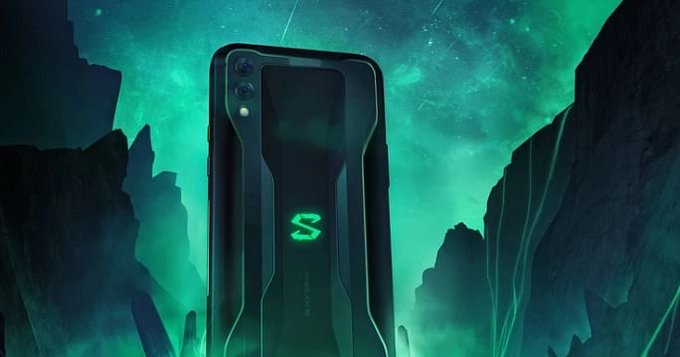 The Black Shark 3 5G gaming smartphone has been in the news for quite some time and according to a new report, the smartphone could be the world’s first smartphone to pack a whopping 16GB RAM apart from having the 5G compatibility.

The Black Shark 3 5G will be the successor to the Black Shark 2 Pro launched last year. The smartphone has already cleared MIIT certification in China with the model number SHARK KLE-AO.

So far, we have seen some variants of premium midrange or flagship smartphones with 12GB RAM, but the Black Shark 3 5G will up the ante with its 16GB RAM capacity.

Although 16GB RAM is unnecessarily too much for a smartphone, it will create a market gimmick for the Xiaomi-backed company in attracting customers’ attention.

If earlier rumors are to be believed, the Black Shark 3 5G will be running on Qualcomm Snapdragon 865 platform and will be having a bigger 4,700mAh battery inside armed with 30W or even more fast charging support. The display is expected to come with higher refresh rates.

The other details about the Black Shark 3 5G are lacking as of now. According to a Chinese tipster, the smartphone will be significantly pricier compared to its predecessor for it being a 5G smartphone essentially.

Nevertheless, Xiaomi is also expected to launch a 4G version of the phone in the markets such as India where the 5G network is still not available.

For a perspective, its predecessor the Black Shark 2 Pro comes packing a 6.39-inch full HD+ screen, a Snapdragon 855+ SoC, a 4,000mAh battery with 27W fast charging support. The Black Shark 3 5G will surely build on these spec parameters.

It is not clear as to when the Black Shark 3 5G will make its debut, but considering it has already shown up for MIIT certification, the launch might be imminent. More details about the smartphone will expectedly come to the fore in the coming days. So, stay tuned with us for timely updates.

Are you facing any Problem or need any help? Get Fast Help from our community experts. 🤗
Was this article helpful?
YesNo
Check Out  Vivo NEX 3 launched with waterfall display and 64MP triple rear camera
Get Help on The Forum

Samsung Galaxy Fold is fixed, but when is it coming?