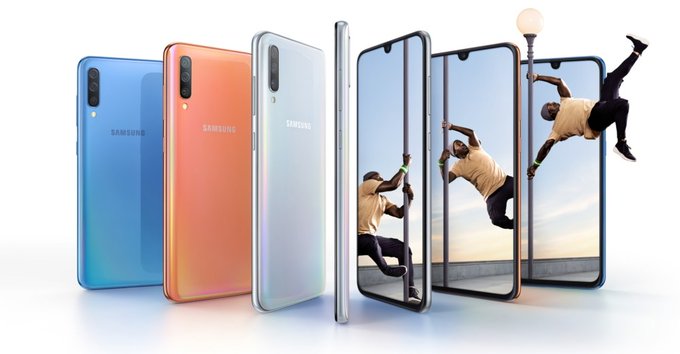 For this, both the companies have used Samsung’s ISOCELL Bright GM1 64MP sensor. While Samsung is manufacturing the sensor it is pertinent to ask when the South Korean tech giant will use its proprietary 64MP camera technology in its own smartphones.

And this may happen soon, perhaps by the end of this month as a new smartphone, the Galaxy A70s has gone past the TENNA certification alongside being listed on Samsung India support website, suggesting the smartphone will first the see the daylight in India.

The Galaxy A70s has been in rumors for the last couple of months but hardly anything concrete was known about it. And now we can say the Galaxy A70s will come with a 6.7-inch display, a 4,400mAh battery, and 11nm Qualcomm Snapdragon 675 octa-core SoC. The phone will integrate dual SIM card slots and measure 164.2×76.7×7.9mm.

Judging by these specs, the Galaxy A70s is likely to be very similar to the Galaxy A70 in many respects. However, the only worthwhile difference will be the use of ISOCELL Bright GM1 64MP sensor as the main camera on the back of the Galaxy A70s.

The exact camera specs are not yet known. But rumors peg it to be a triple camera setup in which the 64MP primary sensor will be complemented by a wide-angle sensor and a depth sensor. For a perspective, the Galaxy A70 has triple-rear-camera setup coming in 32MP (primary) +8MP (wide) +5MP (depth) configuration.

The other specs of the Galaxy A70s are not revealed but it will likely have Super AMOLED display, 6GB RAM, 128GB built-in storage, in-display fingerprint scanner, and Android 9 Pie out-of-the-box. More details are expected in the coming days.

So far, there is no word as to when the Galaxy A70s will make its debut though now we know that it will first launch in India. Rumor has it that the smartphone will likely break cover towards the end of this month or early next month to take advantage of the upcoming festive season in the country. Anyways, what do you think about this new phone? Do sound out in the comment section below and stay tuned.

Are you facing any Problem or need any help? Get Fast Help from our community experts. 🤗
Check Out  Samsung W20 5G passes TENNA certification ahead of launch
Was this article helpful?
YesNo
Get Help on The Forum