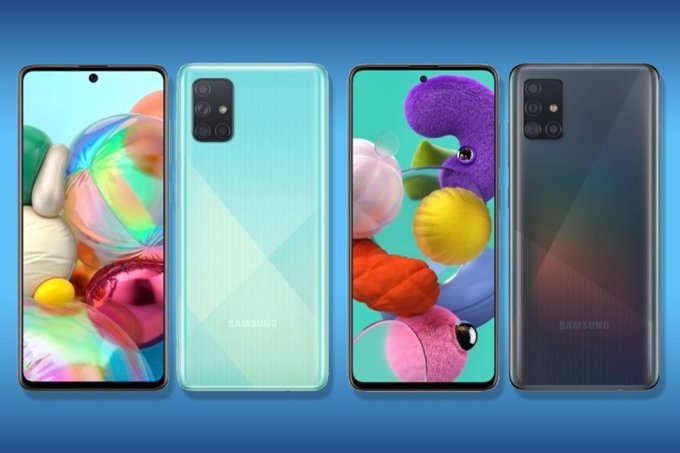 Samsung has further expanded its Galaxy A-series portfolio of smartphones by launching the Galaxy A51 and the Galaxy A71 following a wave of rumors in the recent past. Both the smartphones have gone official in Vietnam, having features like a tall 20:9 Infinity-O display, One UI 2.0 based on Android 10, and a quad-rear camera setup as the main highlights.

The quad cameras, in particular, are arranged in an L-shaped way confined in a rectangular module at the top-left of the back panel. The more premium Galaxy A71 gets a 64MP primary camera while the Galaxy A51 uses a 48MP primary sensor at the back.

The other three rear-mounted sensors- a 12MP wide-angle sensor, 5MP macro sensor, and a 5MP depth sensor- are the same for both the phones.

Pumping power from under the hood is an 8nm octa-core Qualcomm Snapdragon 730 SoC paired with up to 8GB RAM while the Galaxy A51 makes use of a 10nm octa-core Exynos 9611 SoC paired to a standard 6GB RAM. The devices duos pack 128GB internal storage with up to 1TB storage expansion via microSD card. 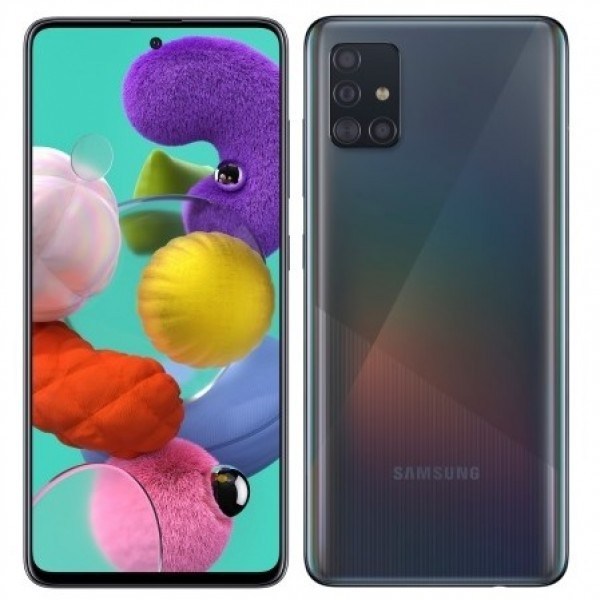 Both the Galaxy A71 and A51 will be available in Prism Crush Black, White, Blue, and Pink color options. Samsung is yet to announce the pricing and the availability of the Galaxy A71, but the Galaxy A51 is officially going on sale starting December 27 in Vietnam priced at VND7,999,000 (Approx. USD350/EUR310) for the single 6GB RAM+128GB storage variant.

Nothing about the launch of the smartphones in other markets is stipulated as yet. But the devices, as usual, will be launched in a phased manner in different countries.

For an update, the more premium Galaxy A91, which was rumored to debut on December 12 in India, hasn’t been launched yet. The Galaxy A91 is expected to come packing a Qualcomm Snapdragon 855 SoC and 45W fast charging support.