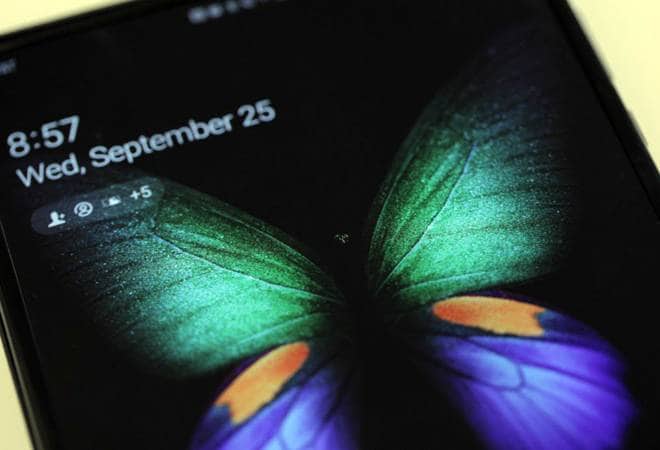 The refined Galaxy Fold has started to be available in the US since yesterday at a whopping $1,980 and it is also set to launch in the Indian market on October 1, which is after being available in South Korea and some of the European regions recently.

However, it seems the launch of the Galaxy Fold is happening under the shadow of doubt about the phone’s durability.

According to a tech journalist, Galaxy Fold’s display showed sign of deterioration in just 27 hours of use, reminding us the infamous saga of Fold’s display breaking in the hands of early reviewers back in April this year, which forced the company to call off its launch at the last moment.

Brian Heater, a hardware editor associated with TechCrunch has written that the display of the Galaxy Fold in mere 27 hours has damaged without even being dropped on the concrete, dunked in the water or stepped on.

“I opened it up and spotted something new nestled between the lock screen’s flapping butterfly wings. There was a brightly colored, amorphous blob. It is not huge. It’s maybe just under a centimeter across.” Heater wrote.

According to Heater, Samsung has taken the phone back to assess the problem. Many reporters, however, said that the issue may have occurred due to the pressure exerted on the display which is made of plastic. If that is the case, it tells how the display of the Galaxy Fold is still on the flimsy side.

This is also borne by the fact that Samsung bundles a lot of paperwork with the phone to educate users not to use excessive pressure, keep objects like keys on the screen before folding, put credit cards and implanted medical devices next to the phone, add an extra screen protector, or even expose the phone to water and dust. These injunctions in another way confirm that the company is not confident about the durability of display of the Galaxy Fold.

Earlier this week, the YouTuber, JerryRigEveryThing already warned us about the sub-standard hardness level of Galaxy Fold’s screen which can even be scratched with his fingernails.

At this point, it is not known if the issue brought to light by Heater is wide-spread. As he is a journalist he didn’t wait to highlight it, but usually, complaints from general users take some time to surface. Let’s see what happens.

Are you facing any Problem or need any help? Get Fast Help from our community experts. 🤗
Check Out  Know why this feature-rich phone has stirred up a controversy in India

Nevertheless, we hope the Galaxy Fold for being an exciting new form factor doesn’t wither away plagued by issues related to the fragility of its screen. We would rather want it to go mainstream in the future, yes, with improvements.

As it is a first-generation foldable phone some issues are bound to crop up. But since Samsung is charging a premium for the device they should have been extra careful.

The mysterious Motorola phone with pop-up selfie camera gets a name!