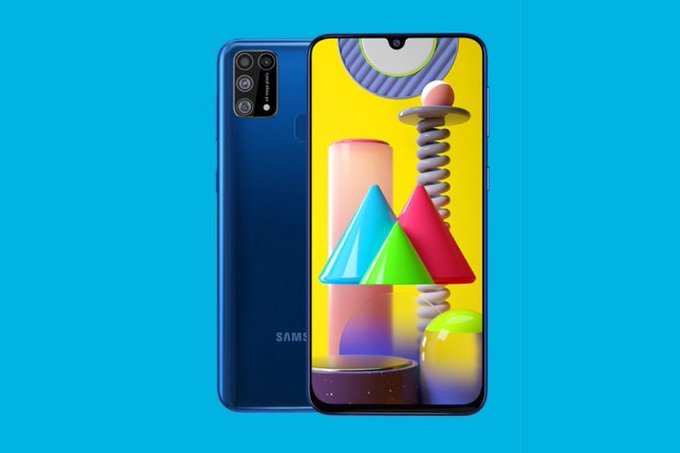 The Samsung Galaxy M31, which will be the successor to the Galaxy M30s, has been confirmed to launch on February 25. A microsite for the Galaxy M31 has gone live on the company’s website alongside a ‘Notify Me‘ page on Amazon India, showing the images as well as some of the specifications of the upcoming phone.

The listing is in keeping with the earlier teasers by the company that had suggested the Galaxy M31 would come with a 64MP primary camera and a whopping 6,000mAh battery.

As per the listing, the Galaxy M31 features a 6.4-inch Super AMOLED display with full HD+ resolution. The image confirms an Infinity-U screen with a hole-punch cutout for the selfie snapper aligned centrally.

In terms of optics, it confirms a 64MP led quad-rear camera setup, though other camera specs are not revealed yet. However, if the camera image at the back is analyzed the smartphone could end up having a high-resolution ultra-wide-angle sensor, a macro camera, and a depth sensor.

The microsite also shows a massive 6,000mAh battery to be fueling the smartphone. It, however, remains silent on the fast charging support. The fingerprint scanner for the biometric purpose is mounted on the rear panel.

The full specification details will be out when the phone sees the light. Nevertheless, according to the rumor mill, the Galaxy M31 will most likely be underpinned by the in-house 10nm Exynos 9611 octa-core processor which also powers the Galaxy M30s.

The smartphone will likely be offered in 4GB RAM+64GB storage and 6GB RAM+128GB storage bundles.

If the recent Geekbench listing is taken into consideration, the Galaxy M31 will have the storage expansion facility via a dedicated microSD card. Also on the software end, the phone will run Android 10 most probably underneath One UI 2.0 skin.

If the Galaxy M31 is pitted against the Galaxy M30 it seems that the former will turn out to be an upgrade in terms of the camera only. To note, the Galaxy M30s was also launched with a quad-rear camera setup but led by a 48MP primary sensor.

The pricing detail is yet to come out, however, seemingly it will be in the same ballpark of the Galaxy M30s. For a perspective, the latter device was launched with a starting price of INR 13,999 (Approx. USD196).

Was this article helpful?
YesNo
Check Out  ASUS ROG Phone 2 confirmed to first use Snapdragon 855 Plus SoC; Its live images also surface
Get Help on The Forum

The PUBG killer “Call of Duty” makes debut on Android and...

Remove this app from your Android smartphone if you have

Samsung Galaxy A71 and A51 launched with Infinity-O display and Quad...