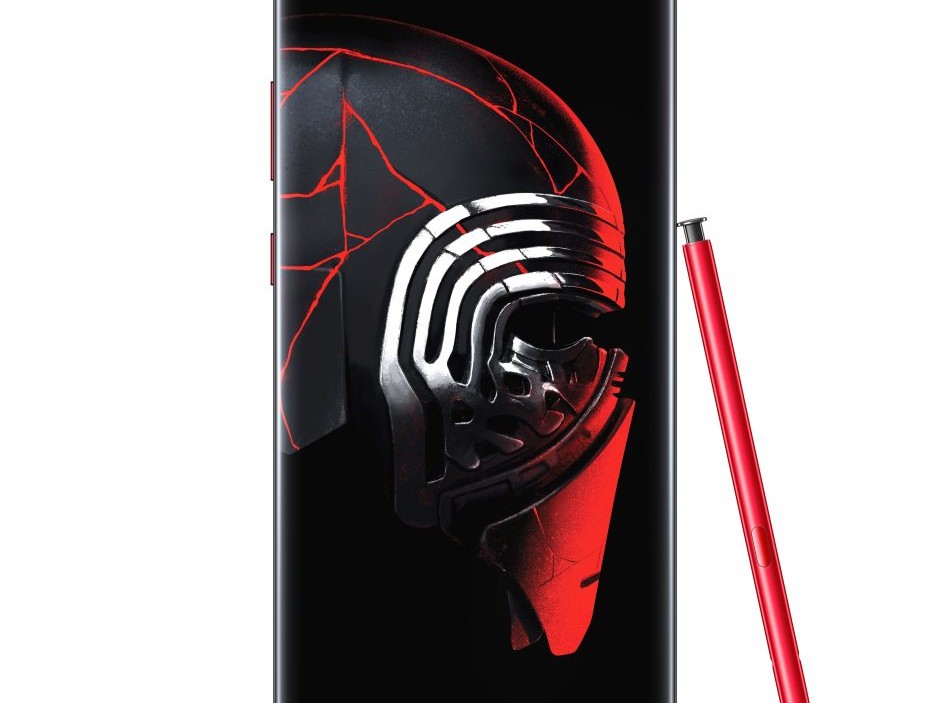 To spice up the sales of their flagships several smartphone manufacturers, now and then, partner with the movie franchises. In

To spice up the sales of their flagships several smartphone manufacturers, now and then, partner with the movie franchises. In the past, we have seen Avengers Edition of the OnePlus 6 and the OPPO F11 Pro as well as the OnePlus 5T Star Wars Special Edition.

And now with the Star Wars: The Rise of Skywalker movie set to release on December 20, Samsung has partnered with Disney and Lucas Film Ltd. to roll out a special edition of its flagship Galaxy Note 10+.

As in the case with all the special edition phones, the Galaxy Note 10+ Star Wars Special Edition will come with digital content, design elements, and out-of-the-box paraphernalia themed on Star Wars.

The phone is offered in only Black color option with red accents surrounding the back camera module. The power button and volume rockers are in the red as well. At the top-center of the rear panel, the phone features a First Order logo along with the Star Wars branding lying below it. Most intriguingly, the iconic Stylus Pen also gets a red hue treatment.

For the use of these two representative colors of Stars Wars the Galaxy Note 10+ Special Edition imparts a strikingly sporty and happening look. That apart, the Galaxy Note 10+ Special Edition will be bundled with a Kylo Ren-themed case made out of leather, a pair of Galaxy Buds in the same red and black colored casing, and a metal badge for Star Wars items collection.

Inside, the phone is packed with Star Wars-themed wallpapers, shutdown animations, and sound effects. The Galaxy Note 10+ Star Wars Special Edition borrows the same spec sheet as the original Galaxy Note 10 Plus.

The Galaxy Note 10+ Star Wars Edition, therefore, features a 6.8-inch Quad HD+ Super AMOLED display having a punch-hole cutout at the top-center. A Qualcomm Snapdragon 855+ or Exynos 9825 SoC ticks the phone alongside 512GB UFS 3.0 default storage. Being a Special Edition phone not more than one RAM variant is expected, though RAM capacity isn’t specified.

At the back, there is triple-rear camera setup consisting of a 12MP Dual Pixel sensor, a 12MP telephoto lens, and a 16MP ultra-wide-angle sensor. The front is graced with a 10MP selfie shooter.

On the software front, it runs One UI 1.1 based on Android 9 Pie right out-of-the-box. A 4,300mAh battery equipped with 45W fast charge fuels the phone drawing charge via USB Type-C port. The device misses out on the traditional 3.5mm audio jack.

The Galaxy Note 10+ Star Wars Special Edition is priced at USD1,299 (Approx. EUR1,173) and will be available starting December 13 in the US via Best Buy, select Microsoft stores, Samsung Experience stores, as well as Samsung’s official website

Besides the US, it will also be available in the markets such as Australia, Korea, Russia, Hong Kong, Germany, France, Turkey, Spain, Sweden, UAE, and the United Kingdom. Last but not least, the phone will be in limited numbers, so if you are interested, you have to be an early bird.