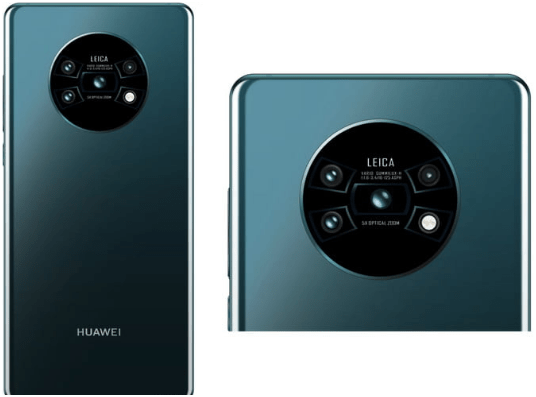 Amidst the prevailing uncertainty over whether or not it will be able to use Google apps and services, HUAWEI, nonetheless, has officially confirmed that the HUAWEI MATE 30 series is unveiling on September 19 in Munich, Germany.

The regular Mate 30 is seen in renders with a flat-screen sporting a small cut out upfront whereas the Mate 30 Pro is seen with dual-curved edge display having a boat-style wider notch.

The back of both the phones will house quad cameras in different layouts- circular camera module for the Mate 30 Pro and square-shaped camera module for the Mate 30. The quad-rear-camera setup on the Mate 30 Pro is likely to include a 40MP primary sensor with f/1.4-f/1.5 variable apertures and RYYB pixel layout in addition to another 40MP ultra-wide-angle sensor. The other two sensors are said to be an 8MP sensor with 5x zoom capabilities and a ToF sensor.

Did you get it right? The countdown to #HuaweiMate30 starts now!
We're going full circle in Munich on 19.09.2019.
Join us live: https://t.co/9ugi5gG9ci#RethinkPossibilities pic.twitter.com/etRYjrBVEC

The camera configuration of the Mate 30 is still not known but it will certainly come with slightly watered down resolutions.

The HUAWEI Mate 30 duo is expected to be powered by Kirin 990 flagship SoC which will be unveiled at an event on September 6 at IFA 2019 in Berlin. The Kirin 990 SoC is made using the 7nm EUV process and supports superfast wireless data connection and 5G connectivity. No credible info has come out regarding RAM and storage configurations for either of the devices.

The HUAWEI Mate 30 is expected to be packed with a 4,200mAh battery while the Mate 30 Pro will be fueled by a bigger 4,500mAh battery. The series will offer 25W wired fast charging and 55W wireless fast charging support.

Are you facing any Problem or need any help? Get Fast Help from our community experts. 🤗
Check Out  Vivo NEX 3 launched with waterfall display and 64MP triple rear camera

The smartphone duo will come with an in-display fingerprint scanner along with 3D mapping face unlock as well. The Mate 30 and 30 Pro are also rumored to come with optional modular accessories in the line of Moto Mods.

The devices are expected to launch with EMUI 10 based on Android 9 Pie which will bump to Android 10 by the time they start shipping.

Google recently cast doubt over giving access to HUAWEI for using its apps and services in the Mate 30 series due to the ongoing trade imbroglio between the US government and HUAWEI.

If Google files an exemption for the HUAWEI Mate 30 series to the US authorities and manages to secure a reprieve, there won’t be any problem for the phones or otherwise, the Chinese manufacturer might be compelled to take recourse to its in-house HarmonyOS.

Until the things are sorted out, we guess, HUAWEI might keep holding off the release of the HUAWEI Mate 30 series for some time even after their launch on September 19.

Motorola RAZR 2019 with a foldable screen launching on Nov 13