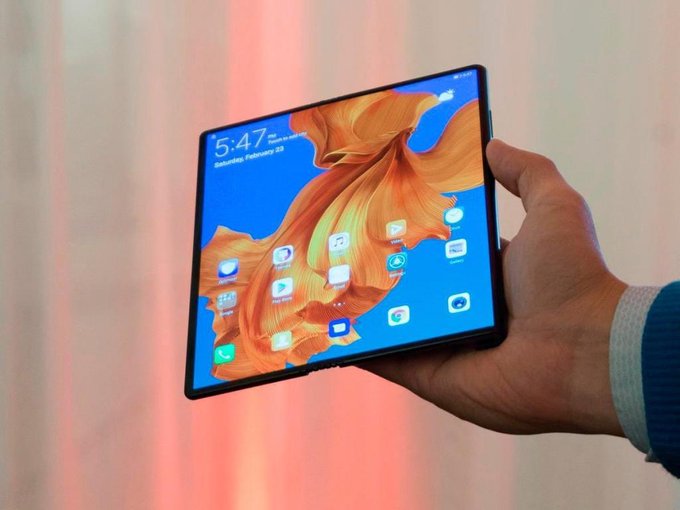 From the beginning, Foldable phones were not meant to be perfect because the exciting new technology they use is just in its first generation. But it was hardly ever expected from a foldable phone, that is to say, the Samsung Galaxy Fold, to break in the hands of early reviewers even before its formal launch in April this year.

Nevertheless, Samsung has assured that it has fixed all the design flaws of the Galaxy Fold and the device is ready to be put on sale starting September. Another foldable phone, the HUAWEI Mate X, which was to go head-to-head with the Galaxy Fold is not ready for prime time even after five months following its announcement in February at MWC 2019.

The HUAWEI Mate X was first announced to go on sale in June, but the company pushed it back to later following the infamous breaking episode of Galaxy Fold’s display, clearly to avoid any such embarrassment should they occur.

However, just last week hopes were up after the Mate X’s sighting at FCC for its imminent launch but HUAWEI has confirmed that the Mate X is still away from getting released for the masses.

During the recent launch of the HUAWEI Nova 5i Pro and the Mate 20X 5G in China, He Gang, president of HUAWEI’s consumer business mobile phone product line clarified that the HUAWEI Mate X is still being optimized and can’t go in public’s hand without meeting company’s stringent quality standards.

According to Gang, the challenges in fully optimizing the Mate X are greater than the company previously envisaged since it involves new processes and new design methods which are also difficult to implement at various levels.

Hang also said the company is unperturbed about the Galaxy Fold stealing a march over the Mate X as the former is going to release in September.

“We have invested heavily in Mate X. As for when Samsung’s device will hit the market, it is not a key point for us to consider. The key point we consider is to hope that consumers can get this product when they get it. We ensure high-quality products with the good consumer experience.” thus, Hang drove home the point.

Are you facing any Problem or need any help? Get Fast Help from our community experts. 🤗
Check Out  Realme X50 teased with dual 5G mode and dual selfie cameras, arriving soon

For the uninitiated, the HUAWEI Mate X, whenever launches, will come with an 8-inch display and 6.6-inch display in the folded state. The other screen will be of 6.38-inch, ideal for one-handed use.

Driving the handset will be the latest HiSilicon Kirin 980 SoC along with Balong 5000 5G modem, 8GB RAM, and triple-rear-camera setup. Last but not least, the price of the Mate X will be exorbitant with the 8GB RAM+512GB model coming at USD2,563.

10 Best Keyboard Apps For Android to Do Much More Than...