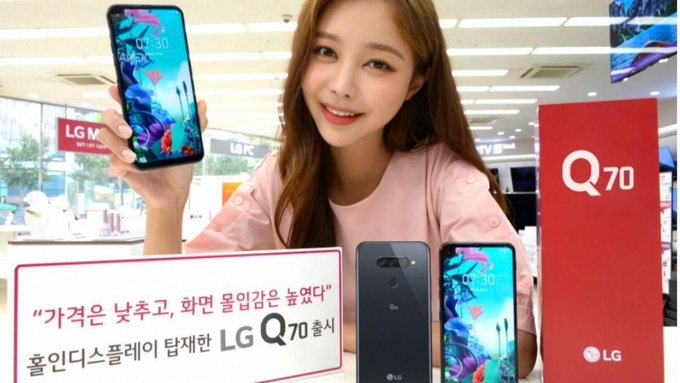 Ahead of the IFA 2019 LG unveiled the LG K50s and K40s smartphones last week and today the South Korean tech giant has launched the LG Q70, the successor to the LG Q60 which was launched at MWC 2019 earlier this year.

The LG Q70 has been launched in South Korea for now and is set to go on sale on September 6 priced at KRW548,900 (Approx. USD450/EUR410). The smartphone is launched in only one variant- 4GB RAM+64GB sorage that too in a single Mirror Black color option.

The LG Q70 is an excellent upper mid-range smartphone with a set of impressive specs and premium features. Most standout is its triple-camera array on the back along with a 4,000mAh battery.

For the first time with the LG Q70 LG has jumped on the bandwagon of the hole-punch display, which the company terms as Hole-in-Display. At the same time the LG Q70 lacks a 3.5mm audio jack and in-display fingerprint scanner.

However, with flagship features like IP68 rating, 32-bit Quad DAC audio, DTS:X 3D stereo sound, and military grade robustness the shortcomings are papered over to a great extent. 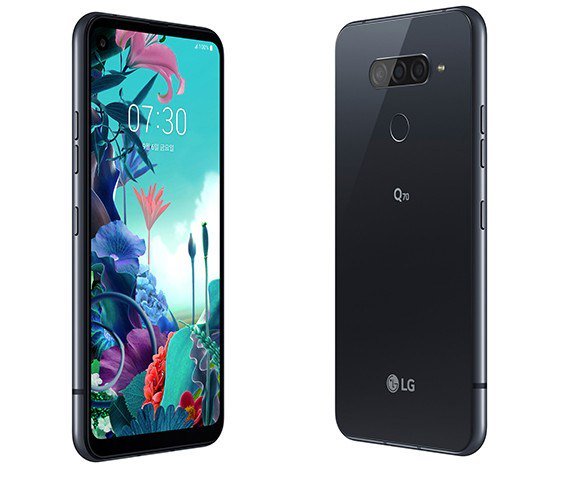 Instead of MediaTek processor from the LG Q60, the LG Q70 wields a Qualcomm Snapdragon 675 octa-core processor under the hood, paired with Adreno 612 GPU, 4GB RAM, and 64 GB built-in storage which has the provision for 2TB expansion via microSD card.

Now let’s talk about the camera, the main draw of the LG Q70. A three-sensor camera array above a fingerprint scanner sits on the rear with an LED flash.

The rear-camera setup comprises a 32MP primary sensor with f/1/8 aperture, a 13MP 120-degree ultra-wide-angle sensor, and a 5MP depth sensor. There is a 16MP selfie shooter peeping out from the inside of the hole-punch cutout.

The smartphone runs Android 9 Pie out-of-the-box and is backed by a 4,000mAh battery, up from 3,500mAh battery present in the LG Q60. The battery in the LG Q70 is equipped with Qualcomm Quick Charge 3.0 technology.

Considering the specs and features of the LG Q70 it seems the latter is trying to rival the Samsung Galaxy A50 though it lacks the AMOLED display and so also the in-display fingerprint scanner. Then again the LG Q70 has better camera array at the back and a host of impressive features.

As of now LG has not revealed about the pricing and availability of the LG Q70 in other markets. Hopefully, at IFA 2019 in Berlin next week we will have revelation in this regard. So, stay tuned with us for updates.