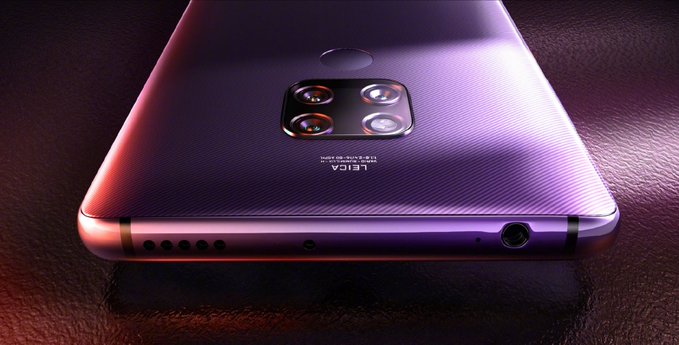 When it comes to camera performance HUAWEI is known to bring their A-game with every flagship smartphones. Back in March, it launched the HUAWEI P30 Pro with quad rear cameras with a 40MP+20MP+8MP+Tof setup that clicks excellent pictures with great details in normal as well as the low light environment. Not to mention, the HUAWEI P30 Pro rules the chart in the best camera phone category on DxO Mark ranking.

And now it seems the upcoming second flagship for the year, the HUAWEI Mate 30 Pro will take the camera game to a whole new level. A new leak on Twitter suggests that the Mate 30 Pro will have two 40MP cameras at the back.

A tipster @Rodent950 revealed that the HUAWEI Mate 30 Pro will include a 40MP 1/1.5” sensor with f/1.6-f/1.4 aperture, RYYB pixel layout and Cine lens feature support for taking video along with another 40MP 1/1.8” sensor with 120-degree ultra-wide- lens with the same Cine lens support.

The third one is an 8MP telephoto sensor with 5x zoom capacity. The tipster didn’t specify, but the setup might include a fourth periscope lens as well. The tipster has also attached a rear image of the phone that showcased a LEICA-branded square-shaped camera module which is unlike the previous leak which had suggested a futuristic circular rear camera module.

The SuperSensing camera term is not new, however. The HUAWEI P30 Pro has this SuperSensing 40MP camera which together with SuperSpectrum sensor, ISP (Image Signal Processor) and Kirin 980 SoC can capture 40% more light for excellent photography in low-light as well as in the night.

For the better, the SuperSensing camera is also expected to feature in the HUAWEI Mate 30 Pro and its regular version.

The HUAWEI Mate 30 Pro is presumed to be coming with a Kirin 985 SoC integrated with 5G modem, 8GB RAM, and 256GB default storage. The front camera will likely be of 32MP resolution while a 4,200mAh battery with 55W fast charging and 10W wireless fast charging will supply the fuel.

Although the rumors about the HUAWEI Mate 30 series is swirling around thick and fast, HUAWEI is yet to confirm about the devices. The HUAWEI Mate 30 and the Mate 30 Pro are, nonetheless, expected to see the daylight in October, around the time when the Google Pixel 4 series, well-known for their camera prowess will also be launching.