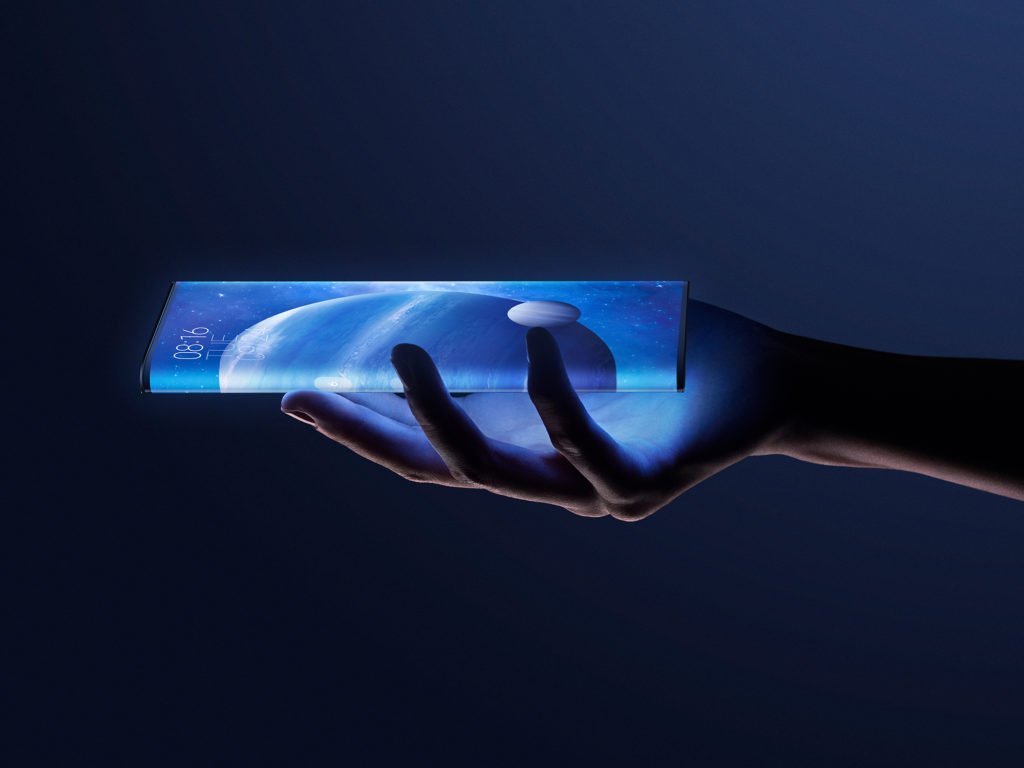 With the Vivo NEX 3 and the HUAWEI Mate 30 Pro already launched packing a waterfall display, Xiaomi was also rumored to launch a cutting-edge MIX-series phone with a similar display having slightly more curvature towards the sides. But the company today at the product launch event in China surprised everybody by unveiling the Mi MIX Alpha which uses a display that wraps around the entire phone with a staggering 180.6% screen-to-body ratio.

A single display fills the front, the back and the sides of the Mi MIX Alpha with extremely narrow 2.15mm bezels on the chin and the forehead. The back, however, has a vertically running stripe that houses cameras.

Even though the smartphone is a glass bar it uses some smart tricks to keep the phone robust and durable. The phone is supported by a strong but lightweight Titanium frame. The stripe on the rear is made up of ceramic and besides the cameras, it also wields antennas as well as connectivity modules for Wi-Fi and 5G. The cameras at the back use sapphire glass protection to avoid scratches.

Due to display surrounding the sides, the smartphone is bereft of any physical side-mounted buttons. Xiaomi, therefore, has made the sides pressure sensitive to decipher touches to execute commands. Multiple sensors and AI algorithm help in deactivating the accidental touches.

There is no speakers or holes, hence the Mi MIX Alpha uses ultrasonic proximity sensor and display acoustic technology for sound output. 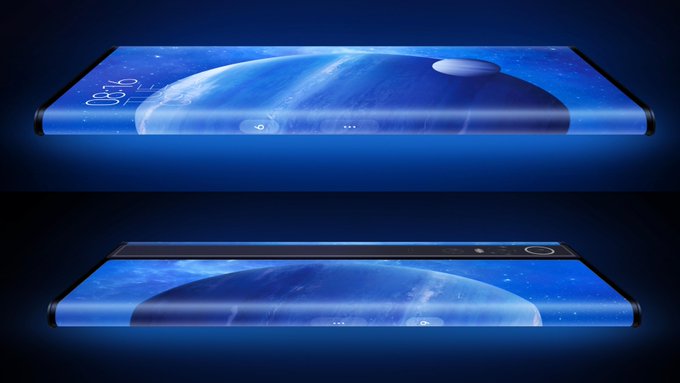 Other than the path-breaking surround-display design the Mi MIX Alpha also comes with a 108MP camera at the back using the large Samsung ISOCELL Bright HMX 1/1.33” sensor. The 108MP sensor is equipped with pixel-binning tech capable of churning out 27MP photos with great details.

The other two sensors rounding up the triple camera module are a 20MP ultra-wide-angle sensor with 117-degree field of view and a 12MP telephoto sensor with 2x optical zoom. There is no selfie shooter, users have just to flip the phone and use the rear cameras for the selfie shots as well.

For the hardware, the Mi MIX Alpha packs a Snapdragon 855 Plus SoC mated to up to 12GB RAM and up to 512GB built-in storage based on UFS 3.0. A 4,050mAh battery with 40W Fast Charging support keeps the juice flowing into the device.

All said and done, it is priced at eyes-watering CNY19,999 which translates to around USD2,800. Xiaomi says the Mi MIX Alpha is a high concept phone which will go on small scale production before being put up for sale in December this year.

If we recall the Mi MIX also started as concept phone but a year later the Mi MIX 2 launched as a mass-produced proper smartphone. Do you think the Mi MIX Alpha will become a mainstream phone in the future? Do share your comments with us.