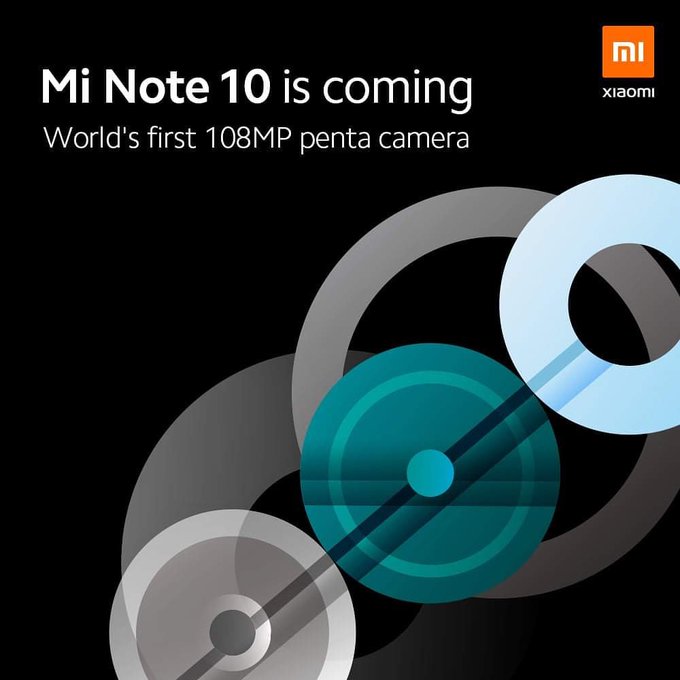 After a hiatus of two years, Xiaomi’s Mi Note lineup is ready to be revived again. Xiaomi, in a Twitter post, has confirmed that the Mi Note 10 with the world’s first 108MP Penta camera is on its way to launch. The confirmation comes after the Mi Note 10 was recently certified in Thailand and Russia alongside the Mi Note Pro.

Hot on the heels, Xiaomi has also teased the Mi CC9 Pro, which will see the daylight in China as early as November 5 with the same 108MP Penta camera onboard. It is speculated that the Mi Note 10 would be the global variant of the Mi CC9 Pro.

Since the Mi Note 10 happens to share the 108MP Penta camera of the Mi CC9 Pro and has been certified outside of China, this speculation seems valid.

Besides, a tipster called Mukul Sharma recently tweeted that the Mi Note 10 and Mi CC9 Pro will share a lot of the same features but will differ mainly in terms of processor. However, he didn’t specify if the Mi Note 10 will indeed be the global version of the Mi CC9 with any tweaks.

Xiaomi hasn’t confirmed as to when the Mi Note 10 will launch, but it seems imminent since the company is billing it as the world’s first 108MP Penta camera smartphone. It should be launched in November, but if the veil gets off right alongside the Mi CC9 Pro, there won’t be any surprises.

More details about the Mi Note 10 are expected to surface in the coming days. So keep an eye out for our next update. Stay tuned.