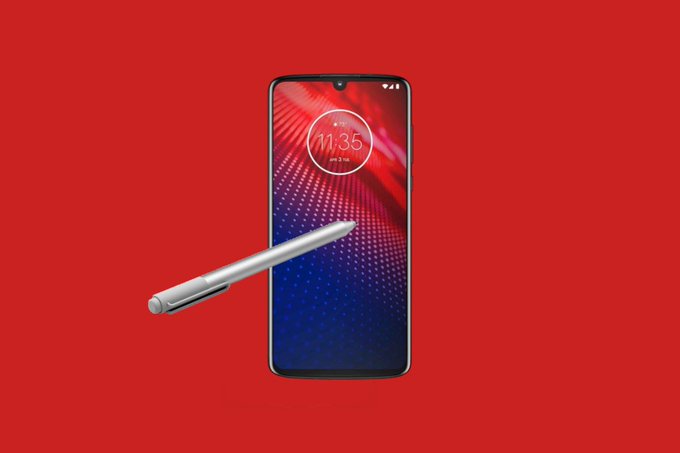 Samsung’s Galaxy Note series is distinctively known for its Stylus Pen. But a new Motorola phone will also join the party with its own Stylus Pen. This first S Pen-totting phone from Motorola is likely to be called the Moto G Stylus and renders of which have been twitted by reliable tipster Evan Blass (@Evleaks).

The renders posted by Evan Blass depict a smartphone with a curved edge display that has a left-aligned punch-hole for the selfie camera. The Stylus Pen shown against the phone looks smaller and thinner than the Stylus Pen offered with the Galaxy Note series.

The Stylus also seems to have two physical buttons, a wider tip which is most likely bereft of pressure sensitivity compared to what we get with S Pen attached to the Galaxy Note series of phones.

Blass has not revealed any details about the Moto G Stylus smartphone besides the renders but, at the same time, he has cleared the air by suggesting that the smartphone is anything but a premium one. It may fall in the mid-price segment at best.

The Moto G Stylus has already passed Canada’s Radio Equipment List (REL) and the US’s Federal Communications Commission (FCC) certifications with the same model number XT2043-4, signaling, in terms of launch, it could be on the horizon.

Given that the Moto G7 was launched in February last year, the Moto G Stylus could also be launched next month, most probably at MWC 2020.

Besides the Moto G7 Stylus, Motorola is also in the works of the Motorola Edge+, which will be the flagship offering from Lenovo-owned Company. Motorola, despite having an old brand cachet it has been missing out on a true flagship device for long. The Motorola Edge+ is possibly intended to fill this gap.

The Motorola Edge+ is said to pack a punch-hole waterfall display with steep curves towards the edges of the phone. Plus, the smartphone is rumored to be underpinned by Qualcomm’s latest Snapdragon 865 SoC.

The other details of the Motorola Edge+ are still shrouded in mystery like that of the Moto G Stylus. But, hopefully, the company will spill out some beans before its launch.

Check Out  WhatsApp or other legit apps showing unwanted ads? Your device may have been hit by this malware

The Motorola Edge+ could be launched alongside the Moto G7 at MWC 2020 as Motorola is slated to host a launch event on February 23, a day ahead of Mobile World Congress (MWC) 2020 begins at Barcelona in Spain.

However, an official confirmation in this regard is still awaited. So, stay tuned with us.