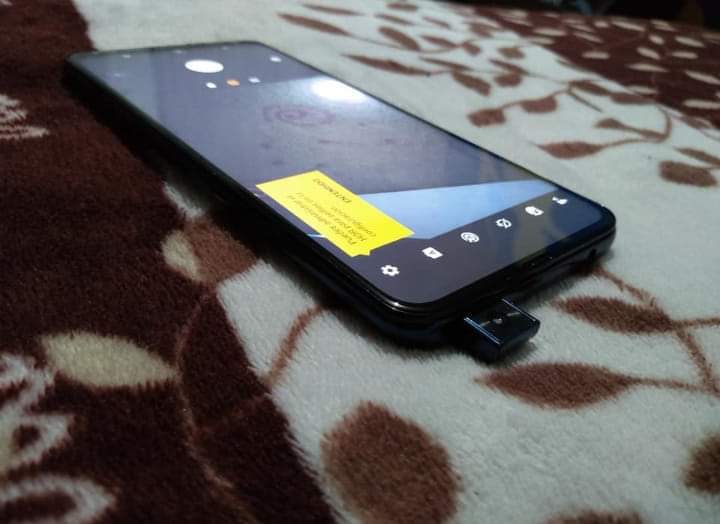 A new Motorola smartphone, the Moto One Macro, is ready to launch in India as the company has kicked off the teasing process already. Meanwhile, a leak suggests that the Lenovo-owned company is working on another phone that might, for the first time in Moto lineup, will include a pop-up camera.

The unnamed smartphone has been shared in live photos by the Spanish blog Motorola Latinoamerica. The smartphone comes across as a bezels-less device, though with a noticeable chin. There are no notch or the punch hole which are in vogue these days.

One of the images, however, shows a pop-up selfie camera module situated on the right side of the top compared to the left side placement in most of the smartphones. 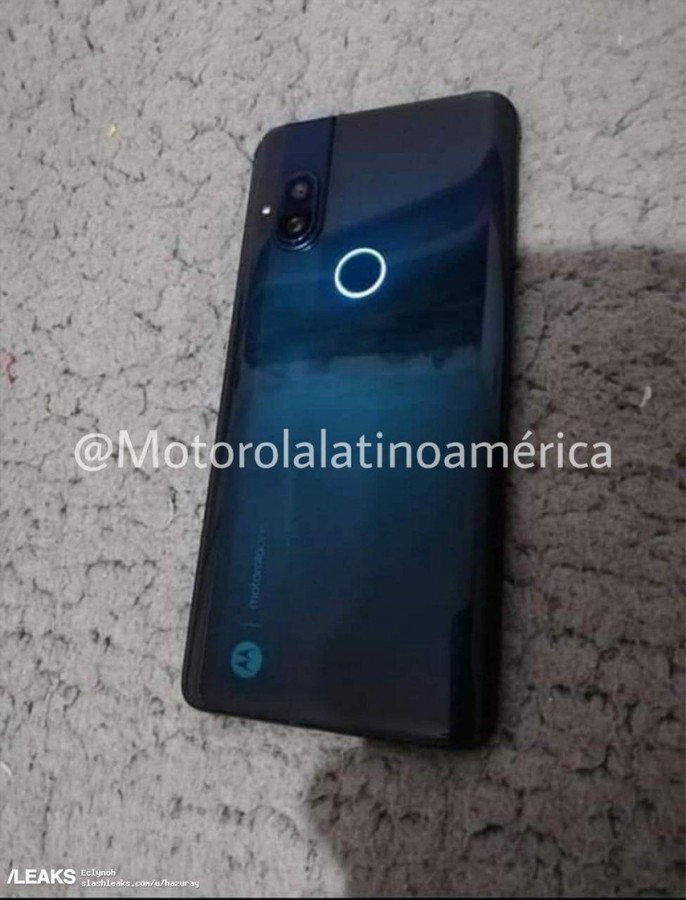 The Moto batwing logo is, however, spotted at the bottom left of the back panel along with a text above, which suggests that the smartphone will be a part of the customary Android One program. The rear side has a glossy finish with blue-ash green tint fading into black at different angles.

As of now, it is not clear as to what will be the moniker of this smartphone. The blog suggests that this mysterious smartphone could be the Motorola Z4 Force, the successor to the Moto Z4. If the rumor mill is to be believed, the Moto Z4 Force is expected to rock Qualcomm Snapdragon 855 SoC paired with 8GB RAM and 128GB internal storage.

A 48MP+13MP camera setup is rumored on the back of the Moto Z4, while a 3,230mAh battery with 27W fast charging is expected to fuel the device.

All said and done; we doubt that the phone in question is the Moto Z4 Force. Because the Motorola US, after the launch of the Moto Z, had posted a reply to a user on Twitter, saying that it won’t launch any new Moto Z4 smartphone for this year.

So, we reckon it could be a new smartphone to be launched under the G series or the One series though we are not sure. However, we can confirm that the smartphone will first go on sale in the Latin American region before it hits the other markets.