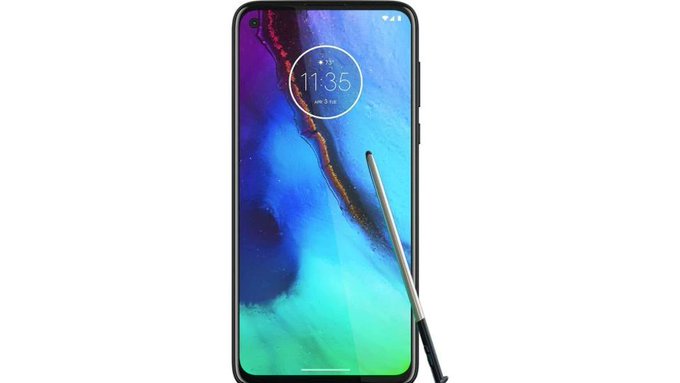 In the coming days, Motorola will launch not only the Moto G8 and Moto G8 Plus smartphones but also the Moto G Stylus. As the name suggests, the latter one will come with a Stylus Pen- a first for any Motorola phone. Now ahead of the launch Moto G Stylus’s full specs, as well as the Stylus Pen features, have leaked.

According to XDA Developers, an unnamed source has confirmed to the publication what the Moto G Stylus will entail in specs along with revealing the functionality of the Stylus Pen. If the report is to be believed, spec-wise the Moto G Stylus is similar to the Moto G8 Power except for the rear-camera setup and the presence of a Stylus Pen.

The report says the Motorola G Stylus will feature a 6.36-inch screen with 2,300×1,080p full HD+ resolution and single hole-punch cutout for the selfie camera.

Pumping power form under the hood will be the Qualcomm Snapdragon 665 SoC coupled with a standard 4GB RAM and 64GB or 128GB internal storage options. On the software side of things, the Moto G Stylus will run Android 10 out-of-the-box.

On the rear, the phone will tack on a triple-camera setup that includes a 48MP f/1.7 Samsung S5KGM1 sensor, a 2MP f/2.2 macro lens, and a 16MP f/2.2 117-degree wide-angle sensor which will also double as the Action camera. Upfront, there will be a 25MP selfie shooter lurking inside the centrally aligned hole-punch cutout.

Amongst other things, the Moto G Stylus will have a 4,000mAh battery with 10W charging support, a rear-mounted fingerprint scanner, a 3.5mm headphone jack, a USB Type-C, and support for dual-SIM and NFC which will be region-specific, however.

Talking about the Stylus Pen, it will work alongside an app that can do a particular action or launch a specific app every time the Stylus is removed. The phone is said to come featuring a new Moto Note app that will be used to take quick notes or create doodles and illustrations. The functionality of Stylus also includes adding watermarks to notes.

The report says the users can erase any Stylus input just by the use of their fingers. The app will keep a tab on the location of the Stylus and the time when it was removed. Detecting an extended interval after the Stylus S Pen is removed, the app will remind the users to put it back as well.

Are you facing any Problem or need any help? Get Fast Help from our community experts. 🤗
Check Out  HUAWEI says its foldable Mate X phone still not ready for consumers

As of now, it is not clear when the Moto G Stylus will see the daylight. However, it is expected to launch at MWC 2020 this month alongside the Moto G8 and Moto G8 Plus.

Considering the specs of the Moto G Stylus, it will be a mid-level device which can potentially lure the buyers due to its Stylus. That said, Motorola is also working on a flagship smartphone, dubbed as the Motorola Edge+ with the latest Snapdragon 865 chipset. The Motorola Edge+ is expected to launch in the first half of 2020.

A cheaper version of Galaxy Note 10 in Black and Red...