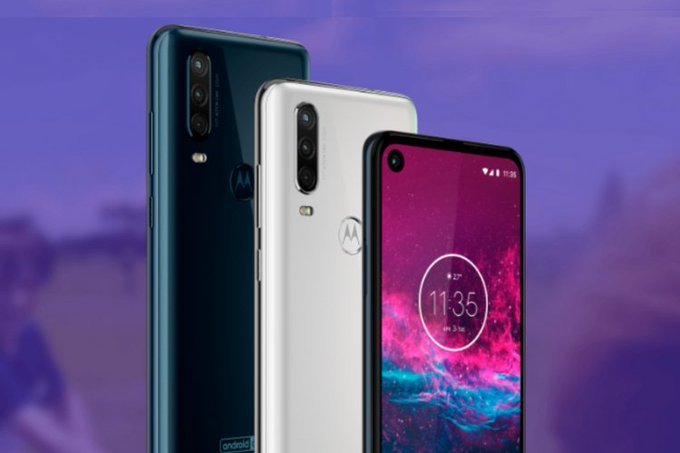 However, instead of Motorola One Vision’s dual rear cameras, the Motorola One Action mounts triple cameras on the back, which is also the main highlight of the smartphone.

The term “Action” in the moniker of the phone refers to a third action camera added on the back, which is of 16MP resolution and comes with 117-degree of field-of-view. The most interesting part is that this 16MP action camera can shoot wide-angle videos always on landscape orientation even when the phone is held in portrait. There is no optical image stabilization however, but it gets EIS support for videos. To note, the wide-angle camera here is not meant for still photography.

The other two sensors in the triple-rear camera setup includes a 5MP depth sensor with f/2.2 aperture and 12MP main sensor (versus 48MP in Motorola One Vision) with f/1.8 aperture and 4K video recording capability.

A 12MP selfie camera, which is again a downgrade from the 25MP selfie shooter of the Motorola One Vision, is tucked away to the top left side of the front panel housed in a hole-punch cutout which appears slightly chunkier than smaller ones we have seen in Samsung Galaxy devices. 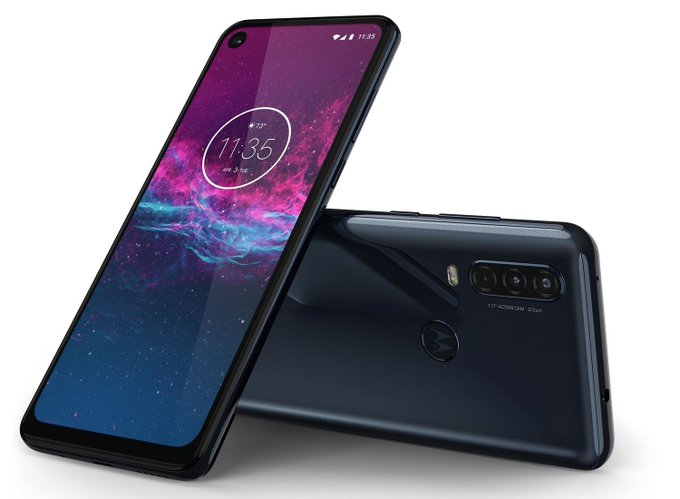 Rest of the specifications are similar to the Motorola One Vision. The One Action flaunts the same 6.3-inch full HD+ LCD display with a long 21:9 aspect ratio as well as 84% screen-to-body ratio, resulting in a sizeable chin.

The Motorola One Action is powered by the same 2.2GHz Samsung’s Exynos 9606 octa-core SoC paired with Mali G-72 MP3 GPU, 4GB RAM, and 128GB internal storage, expandable up to 512GB via microSD card.

On the software side of things, the Motorola One Action runs stock Android with the latest flavor Android 9 Pie. Being a part of Android One program the device is promised to get major OS upgrades for two years and security patches for three years.

The Motorola One Action is fitted with the usual 3,500mAh battery supported with 10W charger out-of-the-box. Amongst other things, the smartphone comes with a USB Type-C port but good thing is that it holds on to the traditional 3.5mm headphone as well.

The Motorola One Action is just IPX2 water-resistant meaning users still have to dread dropping the phone in a swimming pool. It weighs 176 grams and measures 160x71x9.15mm in dimension. As for the color options, the phone will be available in Blue Denim and White Polar.

The Motorola One Action first goes on sale in Brazil, Mexico, and various European countries priced at EUR259. In the coming months, it will be carried forward to Latin America, Europe, and the Asia Pacific. The phone reaches the US and Canada in October though minus the Android One program.