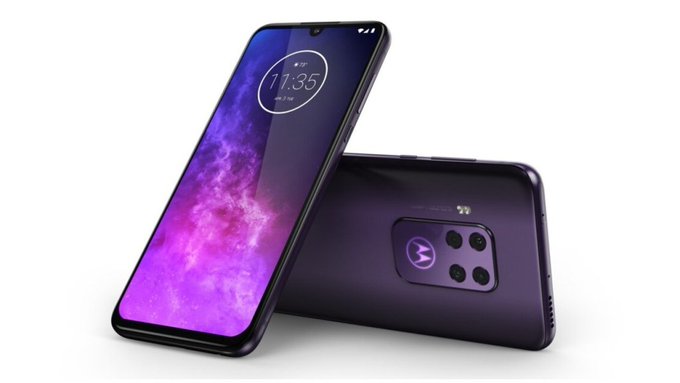 Home » News » Motorola One Zoom: A lot of cameras at mid-tier price

Motorola One Zoom: A lot of cameras at mid-tier price

In the middle of the last month, Lenovo-owned Motorola launched the Motorola One Action armed with a GoPro-like ultra-wide-angle Action camera that promises shooting super stabilized videos in landscape mode even when the phone is held vertically.

And now the company at IFA 2019 took the wraps off yet another One-series smartphone dubbed as the Motorola One Zoom, again focused on the camera. But the highlight of the optics here is not the Action camera like in the Motorola One Action rather it is the zooming capability as the name suggests.

Apart from the camera, the Motorola One Zoom has a lot of things going for it, such as the solid built quality and beautiful design, illuminating Motorola batwing logo, AMOLED display, smooth performance as well as a durable battery.

Before we talk about what is in offer from the Motorola One Zoom in detail, let’s know the fact that the smartphone despite belonging to One series is not on Android One Program, at least in the US. It is, however, expected to launch with a different branding- the Motorola One Pro- in some of the international markets carrying the Android One flag.

In the US the Motorola One Zoom will sell in unlocked version at a price of USD450 while the Europe price is set at EUR430. So, what this mid-price smartphone has to offer to us if we buy it. Here is the quick round-up of everything.

The Motorola One Zoom is genuinely a camera phone that attaches quad-rear cameras with a 48MP primary sensor that churn out 12MP photos with pixel binning technology combining four adjacent pixels into one for better details, especially in low light. 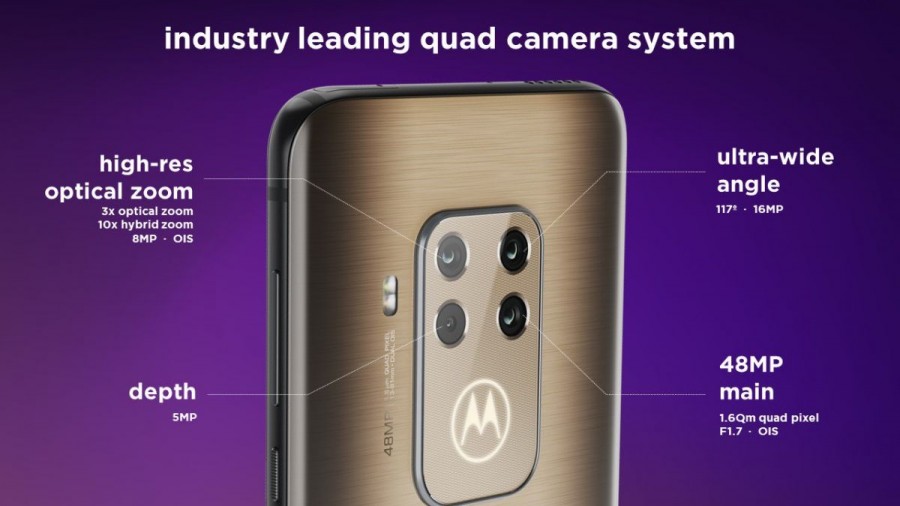 There is also an 8MP telephoto camera offering 3x optical zoom much in the line of the OnePlus 7 Pro. The camera in alliance with the primary sensor also gives out 12x hybrid zoom images. The other two sensors include a 16MP ultra-wide-angle sensor and a 5MP depth sensor for portrait shots.

On the front, the Motorola One Zoom tacks on a 25MP selfie shooter using the same pixel binning technique to gather more light and details for our selfies.

The smartphone comes with a 6.4-inch full HD+ AMOLED display with 84.6% screen-to-body ratio and a U-shape notch. The front uses a Panda King Glass while the back glass is Corning Gorilla Glass 3 protected. The fingerprint scanner this time leaves the rear panel to be integrated into the display.

The glass back has a matte finish with a brushed aluminum-like texture that, according to Motorola, doesn’t attract fingerprint smudges. While the rectangular camera module looks good the batwing Motorola logo serves as an LED notification indicator glowing each time you get a notification.

You get Type-C but without having to sacrifice the advantage of 3.5mm headphone jack. The speaker is mounted on the top instead of the bottom.

Decent under the hood hardware

The phone gets the stamina from a fairly capable 11nm Qualcomm Snapdragon 675 octa-core SoC mated to Adreno 612 GPU, 4GB RAM, and 128GB internal storage with expandability support up to 512GB via microSD card that uses a shared SIM slot though.

A 4,000mAAh battery keeps entire things ticking with 18W fast charging support out-of-the-box. The battery should last for a day even for heaviest of users given the power-efficient AMOLED display and chipset the phone makes use of.