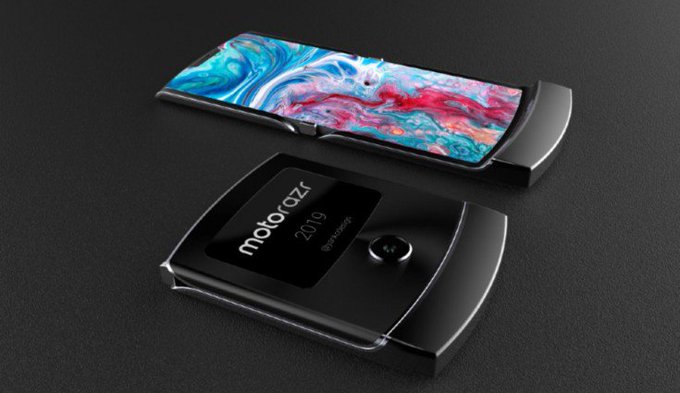 The iconic Motorola RAZR with clamshell form factor is ready to make a comeback, but it is reinvented to be a foldable phone this time and will allegedly be called the Motorola RAZR 2019. After months of speculations, the Lenovo-owned company has started sending out invites to unveil the purported phone on November 13 in Los Angeles, US.

The invite includes a GIF that hints at a phone being folded and unfolded alongside a phrase that reads, “You’re going to flip”. The invite spilled the beans further that the event on November 13 will feature the “highly anticipated unveiling of a reinvented icon.”

To note, Motorola had officially confirmed that it was working on the foldable phone back in February in an interview given to Engadget. However, it said it would take a different approach from what Samsung and HUAWEI were taking in making the Galaxy Fold and the HUAWEI Mate X, respectively.

Even though the invites are out, the company hasn’t given any clue as to what the upcoming phone will exactly look like. Anyways, it is believed to look similar to the renders that did the rounds in February this year.

The renders revealed Motorola RAZR’s usual chin at the bottom and the hinge that will now open up single screen running all the way from the top to the bottom. Besides that, the phone will also include a secondary display on the exterior.

In terms of specs, nothing is officially confirmed yet. But rumors are rife that the Motorola RAZR 2019 will come kitted with a Qualcomm Snapdragon 710 SoC alongside 4GB/6GB RAM and 64GB/128GB built-in storage with support for expansion.

The main folding display is likely to span 6.3 inches diagonally with 876×2142 pixel resolution while the secondary display will likely feature 600×800 pixels resolution. A 2,730mAh battery will keep the phone running.

The alleged Motorola RAZR 2019 is speculated to be priced at $1,500.Nevertheless, the exact details about the phone related to its price, specs, and availability will be spelt out at the launch event on November 13. Stay tuned for timely updates in this regard.

How to Quickly Root your Asus Zenfone 2 Laser [Tutorial]

A cheaper version of Galaxy Note 10 on the cards?