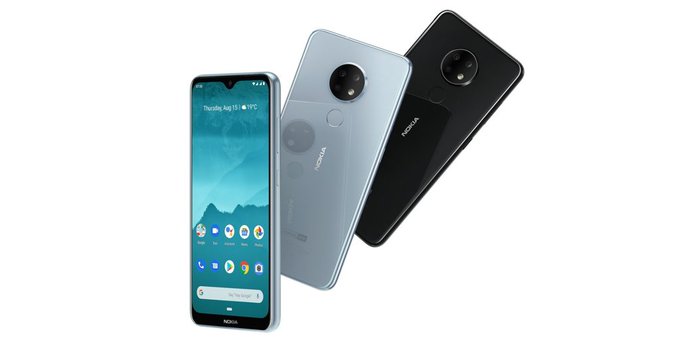 Nokia 6.2 and Nokia 7.2 launched with triple back cameras and 3,500mAh battery

Last year HMD Global launched the Nokia 6.1 and Nokia 7.1 separately within a gap of a few months, but in 2019 the company provided their successors, the Nokia 6.2 and Nokia 7.2, same stage for the unveiling at IFA 2019 in Berlin, Germany.

The Nokia 6.2 and Nokia 7.2 are middle-of-the-road offerings with some meaningful upgradations over their predecessors. The improvements have mainly taken place in the case of the battery as well as the camera department against their previous generation counterparts.

Both Nokia 6.2 and Nokia 7.2 sport a similar design language and some of the key specifications. Both the smartphones feature a 6.3-inch HDR10 display with a water-drop notch and on the back include triple cameras laid out in a circular module with LED flash.

The duo runs Android 9 Pie as part of the Android One program and features a rear-mounted fingerprint sensor, 3.5mm audio jack, UCB Type-C port, and a dedicated Google Assistant button. The same 3,500mAh battery keeps both the phones lit.

The Nokia 7.2 is slightly more premium of the two. It is driven by a Qualcomm Snapdragon 660 SoC paired with 4GB/6GB RAM and 64GB/128GB internal storage that can be expanded up to 512GB via microSD card. 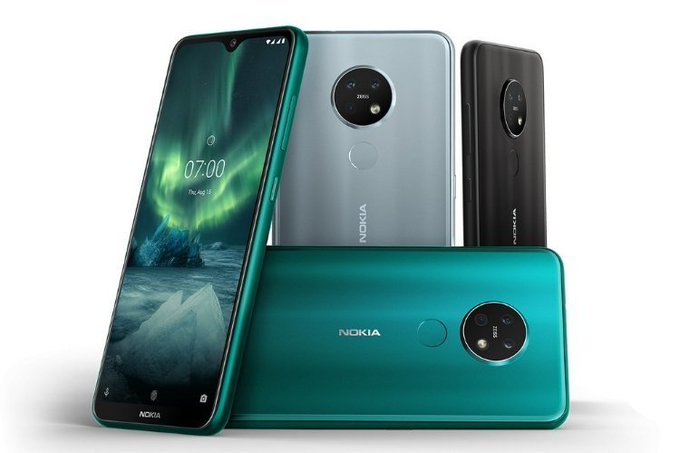 The Nokia 7. 2 gets better cameras than the Nokia 6.2. The former mounts triple-rear cameras including the 48MP primary sensor with f/1.7 aperture, an 8MP ultra-wide-angle sensor, and a 5MP depth sensor. The water-drop notch on the front packs a 20MP selfie shooter with f/2.0 aperture.

The Nokia 6.2, on the other hand, features a Qualcomm Snapdragon 636 SoC mated to 3GB/4GB RAM and 32GB/64GB default storage with up to 512GB expanding capability via microSD card.

Although it has triple cameras at the back it misses out on the 48MP sensor. Instead, it tacks on a 16MP primary sensor with f/1.8 aperture alongside an 8MP ultra-wide-angle sensor with f/2.2 aperture and a 5MP depth sensor- the same two sensors from the Nokia 7.2. Upfront, there is an 8MP selfie shooter enclosed in the notch.

HMD is yet to reveal details regarding the availability of smartphones in different markets. In case any info related to it comes out we will let you know, pronto. Stay tuned with us.