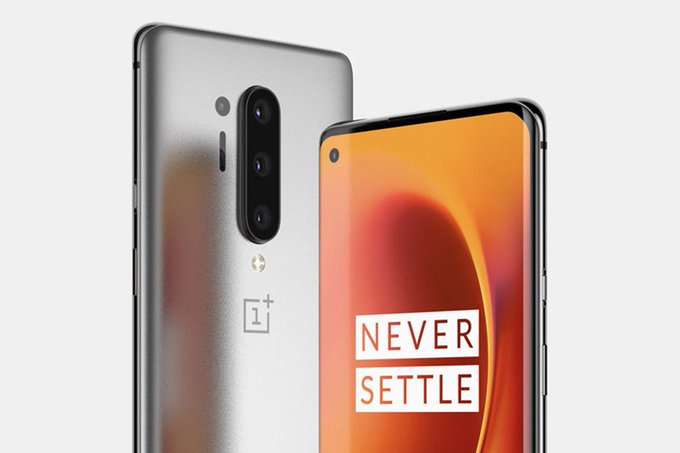 And this year the company is upping the ante further as it will unveil three smartphones at a time such as the OnePlus 8, the OnePlus 8 Lite and the OnePlus 8 Pro. We have already seen the renders of the three phones and know how the trio will look like.

The OnePlus 8 Lite, the lowest-rung among the three, will come with a 6.4 or 6.5-inch flat-screen and a centrally-punched cutout for the selfie camera. The rear will have a dual-camera setup with an LED flash and an additional ToF sensor.

The OnePlus 8 and OnePlus 8 Pro will have a common 6.5-inch curved-edge display with top-left situated punch-hole for the selfie camera. The rear will tack on a triple-camera setup lined in a vertical module in the middle. The Pro version will have an additional ToF sensor beside the three sensors.

Although smartphones are still quite far away from being launched they have started walking around some certification websites. The OnePlus 8 has cleared the Bureau of Indian Standards (BIS) in India while the OnePlus 8 Pro has popped up on Geekbench.

The BIS listing doesn’t reveal anything about the OnePlus 8 on the specs front. But Geekbench listing suggests the OnePlus 8 Pro will run Android 10 and pack up to 12GB RAM ticking alongside Snapdragon 865 SoC. The same chipset is also likely to make it to the vanilla OnePlus 8.

The rumor has it that the OnePlus 8 Lite, on the other hand, will make use of the MediaTek
Dimensity 800 5G chipset. Other hardware details about the phones are still to trickle out.

Are you facing any Problem or need any help? Get Fast Help from our community experts. 🤗
Check Out  HUAWEI Nova 5i Pro launched with Kirin 810 SoC and quad rear cameras

As far as the pricing is concerned, there is nothing at hand to talk about. Nevertheless, the OnePlus 8 and 8 Pro will cost more than its predecessors. The OnePlus 8 Lite will be in the affordable ballpark, however.

Considering that the OnePlus 7 and 7 Pro were launched on May 14 last year, the OnePlus 8 lineup is expected to be shown the light around the same time. Stay tuned for future updates on this matter.

OnePlus 8 Lite could also be in the making, CAD renders...