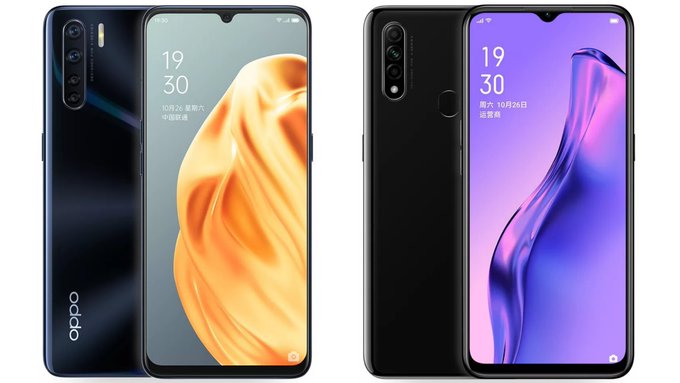 A week ahead of the launch of the OPPO Reno 3 series, the Chinese company has launched two other smartphones. The two new smartphones are the OPPO A91 and the OPPO A8, with the former targeted at mid-range segment, while the latter one is aimed at the budget segment.

Other changes are reflected in battery capacity, fast charging, and nature of the fingerprint scanner.

The OPO A91 packs a 6.4-inch full HD+ AMOLED display having a small waterdrop notch, 20:9 aspect ratio, 90.7% screen-to-body ratio, as well as an in-display fingerprint scanner.

Inside, there is a MediaTek Helio P70 octa-core SoC that runs the device paired with Mali-G72 MP3 GPU, 8GB RAM, and 128GB internal storage, which can further be expanded up to 256GB via a dedicated microSD card slot. 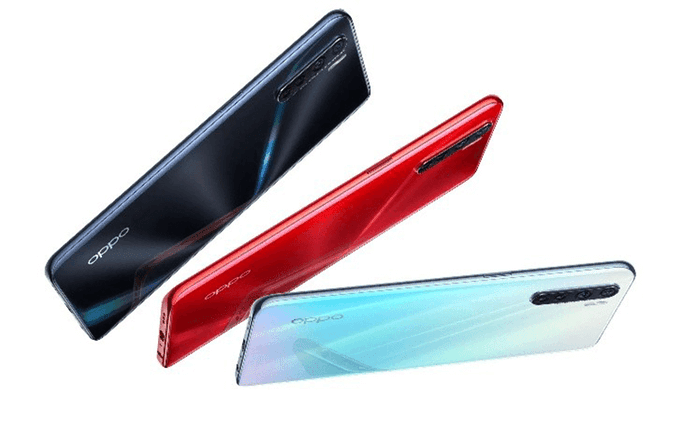 On the software front, the OPPO A91 boots ColorOS 6.1 based on Android 9 Pie. While a 4,025mAh battery with VOOC 4.0 fast-charging technology draws charge via USB Type-C port to fuel the device. There is also a 3.5mm audio jack at the bottom.

On the rear, the OPPO A91 mounts a quad-camera setup with a 48MP f/1.8 primary sensor leading the show teamed with an 8MP ultra-wide sensor with a 119-degree field of view, a 2MP f/2.4 depth sensor, and another 2MP f/2.4 macro sensor. A 16MP selfie camera lives inside the water-drop notch on the front.

The OPPO A8 is built around a tad bigger 6.5-inch notched display, but it is LCD one with HD+ resolution. The phone comes with a 20:9 aspect ratio and an 89% screen-to-body ratio. The screen doesn’t have an in-display fingerprint scanner; instead, the latter is mounted on the back panel.

A MediaTek Helio P35 octa-core SoC helms the OPPO A8 mated to PowerVR GE8320 GPU, 4GB RAM, and 128GB internal storage along with the expansion support up to 256GB via a dedicated microSD card.

The OPPO A8 runs Android 9 Pie with ColorOS 6.1 UI laid on top, just like the OPPO A91. Compared to the latter, the battery of the OPPO A8 is rated at 4,230mAh, but it lacks fast charging support and also the USB Type-C port. The smartphone is equipped with a 3.5mm audio jack, however.

As far as the optics are concerned, the OPPO A8 sports a triple camera setup on the rear with 12MP f/1.8 being the primary sensor along with a 2MP f/2.4 depth sensor and a 2MP f/2.4 macro sensor. The front gets an 8MP f/2.0 selfie shooter.