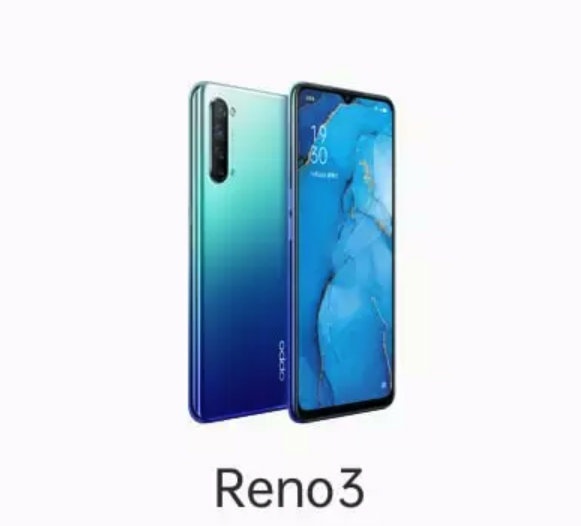 OPPO’s first dual 5G mode smartphones, the OPPO Reno 3 and Reno 3 Pro are on their way to see the daylight on December 26. And in a lead-up to the launch, the smartphone duos are being teased officially on a number of occasions, revealing newer details each time.

The new chipset will likely be a pared-down version of the 7nm Dimensity 1000 5G which was launched last month.

The Reno 3 Pro, on the other hand, will be underpinned by recently launched Qualcomm Snapdragon 765G SoC which is more powerful and comes with an integrated 5G modem for both Stand Alone (SA) as well as Non-Stand Alone (NSA) modes.

The Reno 3 is shown to feature a notched display while the Reno 3 Pro will be flaunting a 90Hz display with a punch-hole cut out for selfie camera.

The Reno 3 will be of a 7.96mm profile and 181g in weight while the Reno 3 Pro will have a 7.7mm profile with 171g of weight. Both will come in the same color options, the entire gamut of which includes Mistry White, Blur Starry Night, Moon Night Black, and Sunrise.

The cameras on the back of both the phones will be arranged vertically in a quad-camera setup with the Reno 3 featuring a 64MP main camera, which is, however, at variance with a 48MP main camera pegged by the TENNA certification. OPPO has already confirmed through a teaser that the Pro version will be having video stabilizing feature.

The recent listing at JD.com suggests both the vanilla Reno 3 and Reno 3 Pro will pack 8GB RAM and built-in storage ranging from 128GB to 256GB.

The rest of the details are still under wraps, but hopefully, they will also trickle out soon given the speed at which leaks, teasers, and posters are surfacing online almost every other day. Last but not least, the OPPO Reno 3 and Redo 3 Pro both will also be launched in 4G variants along side their 5G variants.

Alongside the OPPO Reno 3 series launch, the company will also bring forth the OPPO Enco Free Wireless earbuds in competition with the HUAWEI Free Buds 2 . For more updates on this matter, please stay tuned with us.