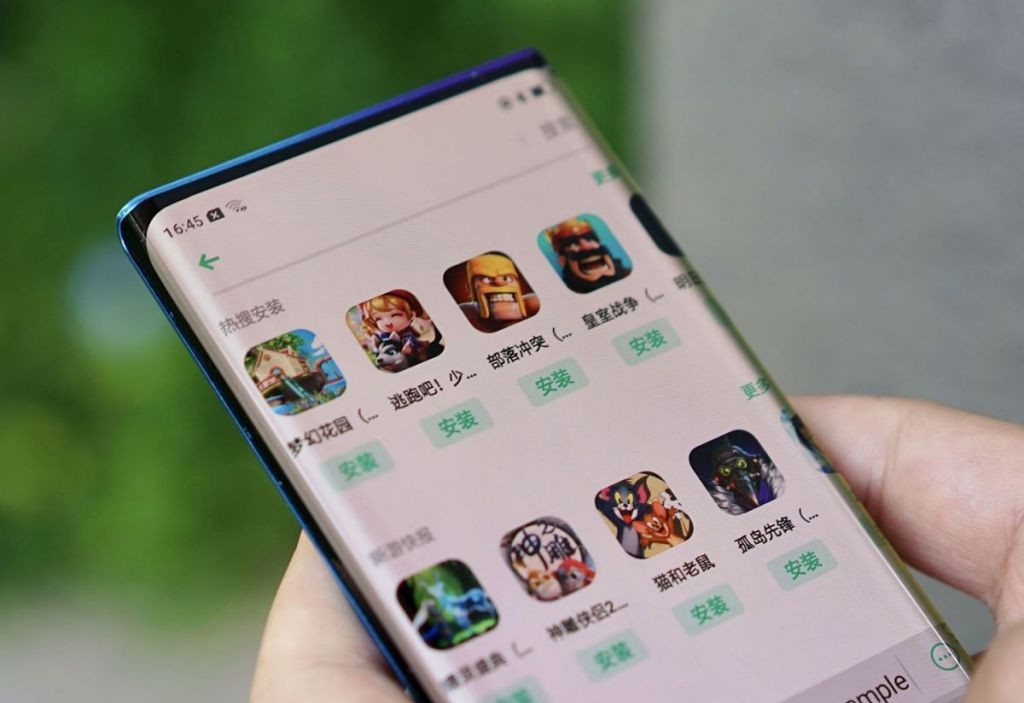 When it comes to innovation in smartphone technology, OPPO for quite some time has been leading the way. After introducing

When it comes to innovation in smartphone technology, OPPO for quite some time has been leading the way. After introducing rising selfie camera and 10x lossless zoom OPPO showcased an under-display selfie camera at MWC 2019 Shanghai last month. The Chinese marque is at it again. It now teases a mysterious dummy smartphone with extremely curved edges with no side buttons.

The second generation of Full Display screen technology is shared by none other than OPPO’s Vice President, Brian Shen on the Chinese micro-blogging site,Weibo. The display shown is insanely curved towards the right and left edges at whopping 88-degree angle, way more than what we see in the Samsung Galaxy S10 series.

Due to steep curvature, the display appears flowing over the edges like a waterfall. Correspondingly, OPPO is calling it a Waterfall screen.

Since the display wraps around the edges almost completely there is no sight of any physical side buttons, hinting at the possibility of interactive virtual buttons. The side bezels are almost non-existent. Even the forehead and the chin of the prototype device are pretty thin, allowing a full display screen with a probable 21:9 taller aspect ratio.

The camera is also absent from the front panel (we don’t get to see the rear panel in images). This gives rise to speculation that OPPO’s under-display selfie camera tech that it showcased at MWC 2019 Shanghai will make its debut with Waterfall screen phone.

OPPO’s under-display selfie camera will remain completely disappeared from the top screen during the time of use. It will only appear behind the screen when needed for selfies, video chatting, or facial authentication.

It is not known as of now which OPPO flagship will be integrated with the revolutionary Waterfall screen. There is a buzz for some time now that the Chinese phone maker is prepping the OPPO Find X II. We guess it could be the phone to first come with Waterfall screen.

However, the OPPO Find X II is only expected to see the daylight next year. The expected specifications of the phone are yet to hit the rumor mill as well.

All said and done, no matter this nifty Waterfall screen greatly excites it also reminds us about the problems associated with it. The curved edge displays so far have shown issues related to accidental touches and UI integration. It remains to be seen how OPPO will grapple with those to make this new technology truly work in the wild.