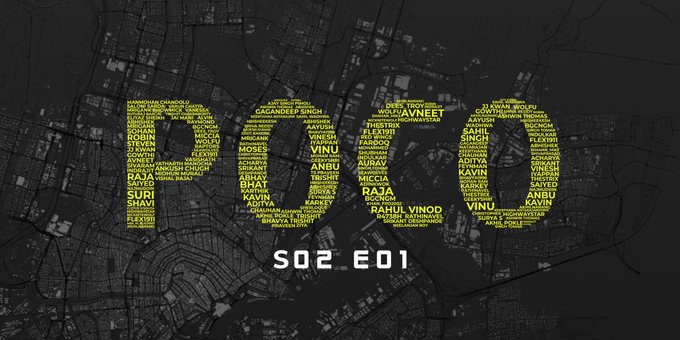 The uncertainty looming over the successor to the POCO F1 is over as POCO after becoming independent of Xiaomi as a brand has confirmed that the POCO F2 is real and will see the daylight for sure. However, before the POCO F2, another POCO smartphone, allegedly the POCO X2, will enter the market.

The company officially revealed on Twitter that its new smartphone would launch as early as next month though it stopped short of naming the device. However, despite the tweet not revealing the moniker of the upcoming phone, an earlier tweet from the company has obliquely suggested the name.

A couple of days ago, POCO tweeted a teaser video with the hashtag POCO Season 2, which primarily conveyed that several POCO branded smartphones may launch in 2020. Here, at the outset, the video hinted one name that was the POCO X2.

It was already in the rumor mill that the company was prepping three smartphones, including the POCO F2, POCO F2 Lite, and an unnamed device. So, now it seems that the unnamed device is going to be the POCO X2.

And with the confirmation that the POCO F2 won’t be the first launch for this year, it is even easier to deduce that the phone to be launched next month is the POCO X2. 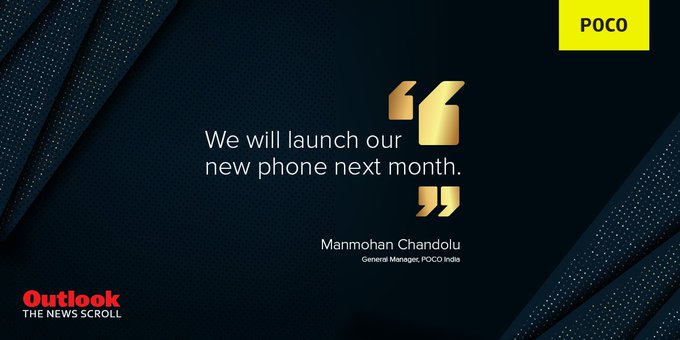 So far, nothing much about the specs of the POCO X2 is known except for the fact that the Geekbench database recently listed the alleged POCO X2 with 8GB RAM and Android 10.

If a new rumor is to be believed, the POCO X2 will be the rebranded version of the Redmi K30 4G model that was launched in China in December last year. So, in case the rumor turns out to be accurate, we may see the POCO X2 with a 6.67-inch FHD+ 120Hz display, Snapdragon 730G SoC, and 4,500mAh battery equipped with 27W fast charging.

In terms of optics, the phone will mount a 20MP+2MP dual punch-hole selfie camera setup and a 64MP+2MP+2MP camera array at the back. The POCO X2 will likely sport USB Type-C port along with holding on to the traditional 3.5mm headphone jack.

The spec details about the POCO F2, on the other hand, are still shrouded in mystery. As most of the POCO fans have been waiting for it for long, the company may reveal information regarding the latter during the launch of the POCO X2.

All said and done, POCO, for now, has become an independent brand only in India. For the other markets, Xiaomi is still in the saddle. So, the new wave of phones from POCO, therefore, will hit the International markets with some delay, only after maturing in the Indian market.