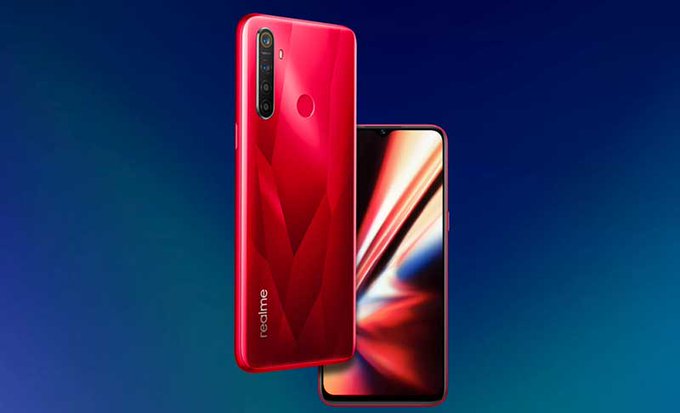 Realme remains in constant smartphone launching spree. The OPPO’s spin-off marquee is already slated to launch the Realme X2 Pro on November 20 in India. But that is not the only phone that will be unpacked that day; a budget-oriented Realme 5s is also confirmed to arrive in tow.

The Realme 5s will be slotted in between the Realme 5 and the Realme 5 Pro which were launched earlier this year. The new smartphone being the sibling of the Realme 5 series of phones will come with the same design language, having a quad-camera setup as well as diamond-cut design on the back. The Realme 5s is teased to add a Red color into the mix as well.

According to a teaser poster by Flipkart e-commerce platform, an exclusive partner to sell the Realme 5s, the latter device will be underpinned by the Snapdragon 655 SoC. It is a printing mistake since Qualcomm doesn’t have any SoC by this name. Most probably, it is the Snapdragon 665 SoC, which also drives the Realme 5 will make it to the Realme 5s. (Update: the typo is now rectified) 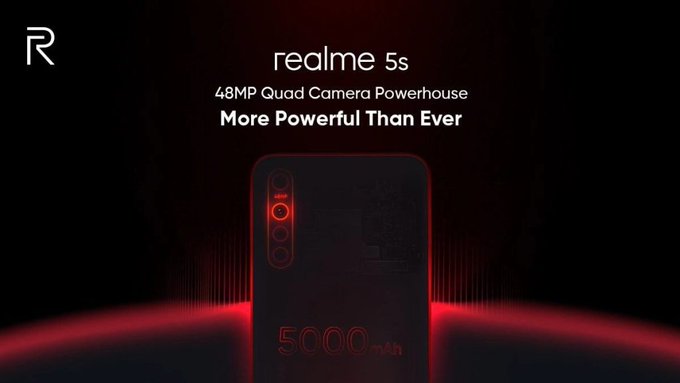 The Realme 5s, in terms of change from its predecessor Realme 5, will pack a 48MP primary sensor as part of a quad-camera module on the rear. Most likely the Realme 5 will share the rear cameras from the Realme 5 Pro.

Besides the processor and primary camera, Realme 5s is also confirmed to house a massive 5,000mAh battery which is the same as the one found inside the Realme 5. The smartphone will pack a 6.51-inch LCD screen- a tad bigger than the 6.5-inch display of the Realme 5.

The Realme 5s has been spotted on Geekbench revealing 4GB RAM. It is, however, not confirmed as yet if the smartphone will also come with 3GB RAM option like its predecessor.

The Realme 5s is expected to be priced at about USD125/EUR112, which is seemingly set to undercut the Redmi Note 8. The smartphone will take a while before it moves to other markets. Meanwhile, Realme has confirmed the Realme 5 will go on sale in Europe starting November 21. The Realme 5 Pro is already on sale there.

Talking about the Realme X2 Pro which will be the showstopper at the launch event comes with Qualcomm Snapdragon 855 Plus SoC, 90Hz display, 64MP quad-rear camera, and 50W fast charging. The flagship phone was first introduced in China and Europe last month with a price tag starting at EUR399.