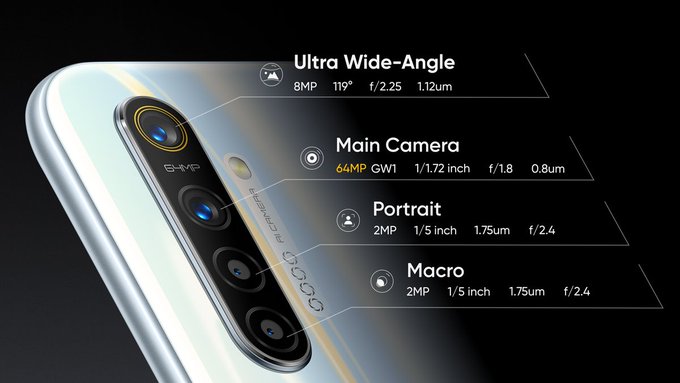 Realme has seen a roller coaster ride within a short span of time in India. While the Chinese company is also planning to expand into other markets it has meanwhile launched the Realme XT, India’s first 64MP Quad camera smartphone.

The Realme XT is the successor of the Realme X, the company’s first pop-up camera phone. However, the Realme XT comes stripped of the pop-up mechanism. It rather has a small water-drop notch that packs a 16MP selfie snapper.

The smartphone wields four cameras at the back in a vertical layout with a 64MP primary sensor with f/1.8 aperture leading the pack that also include an 8MP wide-angle sensor with 2.25 aperture, a 2MP macro sensor, and 2MP depth sensor. The camera can shoot up to 4K videos at 30 fps. 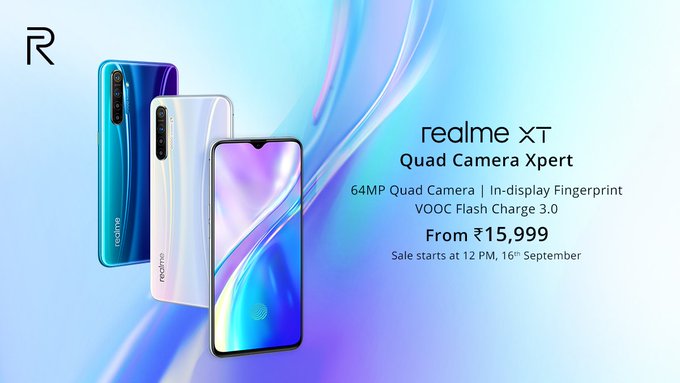 The smartphone runs Android 9 Pie with ColorOS 6.0 slapped on top and features a 6.4-inch Super AMOLED display with full HD+ resolution. The smartphone has 3D Hyperbola design with both back and front protected by Gorilla Glass 5.

Under the hood, the Realme XT is powered by a 10nm Qualcomm Snapdragon 712 SoC paired with Adreno 616 GPU, up to 8GB RAM and up to 128GB internal storage expandable using a dedicated microSD slot.

The Realme XT will be available in two color options such as Purple White and Purple Blue from September 16 via Flipkart in india. The price starts upwards of INR16,999 (Approx. USD240/EUR214 for the 4GB RAM+64GB storage variant.

The company has also unveiled a different SoC variant of the Realme XT which will see the daylight in the country in December. The smartphone which will be geared towards gaming is dubbed “Realme XT 730G” as it will use Snapdragon 730G SoC alongside 30W VOOC 3.0 fast charging support for a 4,000mAh battery. Other key specs and features will most likely be carried forward from the Realme XT.