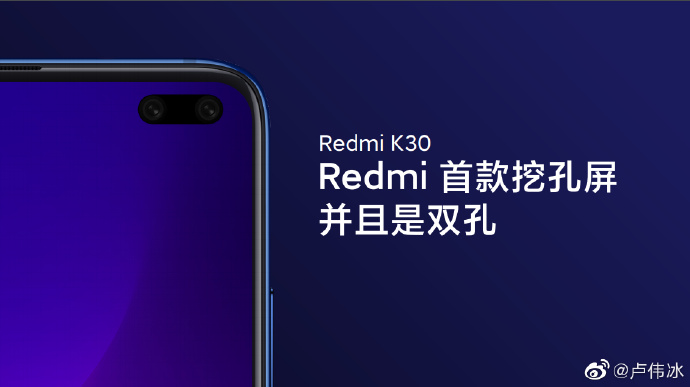 After tasting success with the Redmi K20 series, Xiaomi’s subsidiary Redmi last month confirmed that the successor Redmi K30 series is also in the works. However, unlike the Redmi K20 and K20 Pro that got a simultaneous launch, the Redmi K30 and K30 Pro will launch separately.

Xiaomi CEO Lei Jun at the Xiaomi Developers Conference in Beijing while spelling out 5G plan for 2020 confirmed that the Redmi K30 with 5G compatibility is going to see the daylight next month in China. He, however, didn’t reveal the exact date for the unveiling.

Lei Jun’s statement clears the air surrounding the launch of the Redmi K30 since a doubt cropped up a couple of days ago when Redmi General Manager Lu Weibing in a Weibo post referred to the Redmi K30 being delayed till 2020.

It seems the unready 5G terminals cited by Weibing as the reason behind the delay of the Redmi K30 is not the case. The smartphone will indeed arrive in December as this has been confirmed by none other than Lei Jun himself.

Although the Redmi K30 is now officially confirmed to launch before 2020, its specs remain shrouded in mystery. However, Jun confirmed that the smartphone in question would have dual 5G support. 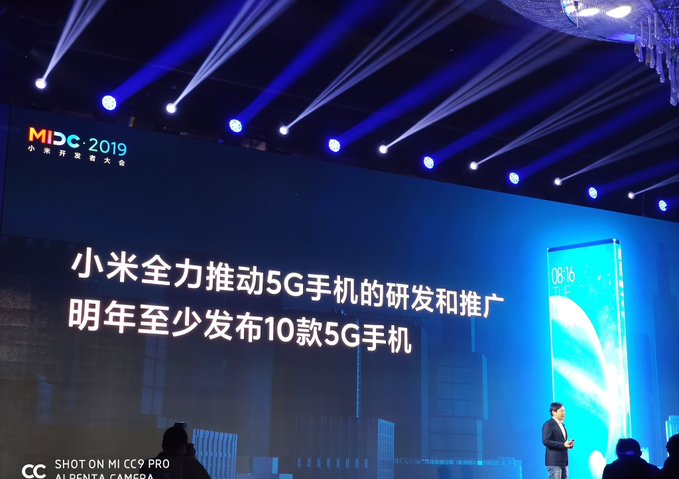 Earlier Redmi teased a poster of the Redmi K30 showing off dual punch-hole cutouts on the top-right corner of the display, meaning the smartphone will have two selfie cameras upfront in a departure from the Redmi K20’s single pop-up selfie camera.

The teaser image also suggested pretty narrow bezels both on top and the sides while an earpiece was spotted on the top bezel.

A past leak has given away that a MediaTek processor will be kitted inside the Redmi K30. Nevertheless, probability of a Snapdragon 700-series SoC making the cut is more at this moment given that Qualcomm has confirmed it is bringing 5G capability to its 600 and 700-series SoCs soon.

The Redmi K30 Pro, on the other hand, will likely be powered by the next flagship Snapdragon 865 SoC, but no details about the smartphone have so far been leaked online as it is far away from its launch. The buzz, for now, surrounds the imminent Redmi K30 only.

The Redmi K30 is expected to be offered in 4G variant as well for the markets such as India where 5G is yet to be rolled out. For the price, it is expected to cost CNY3,000, which translates to $428 approx.

Amongst other things, the Redmi K30 is expected to come with AMOLED display, in-display fingerprint scanner, 64MP quad-rear camera, USB Type-C, and a 3.5mm audio jack. More information about the smartphone will surface close to its launch. Stay tuned with us.