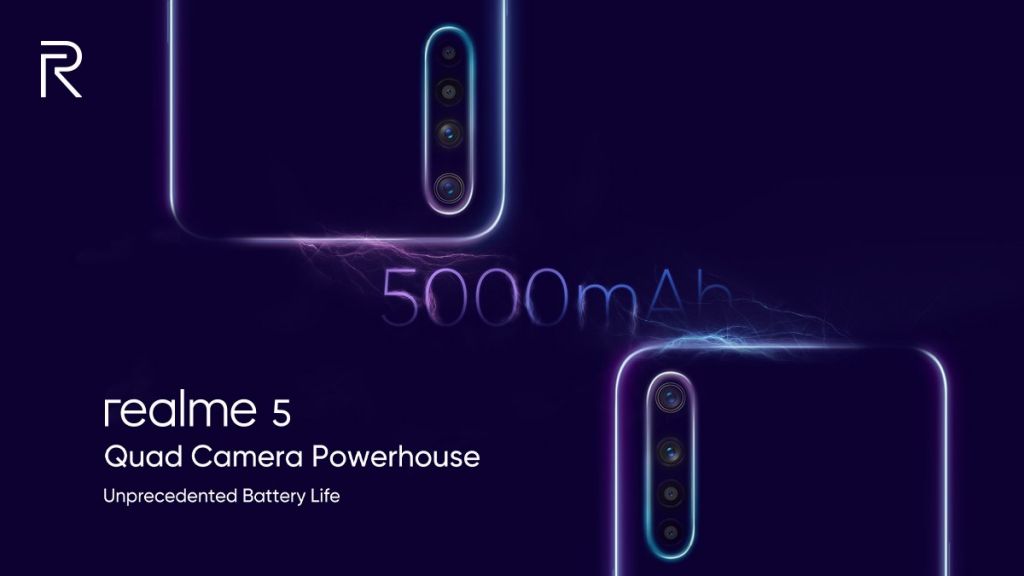 Home » News » Realme 5 to come with 5,000mAh battery, biggest ever for a Realme phone

Realme 5 to come with 5,000mAh battery, biggest ever for a Realme phone

Realme, one of the fastest-growing smartphone vendors, is going to skip the Realme 4 branding for the successor to its last year’s Realme 3 smartphone as it is set to unveil the Realme 5 and Realme 5 Pro in India on August 20. Also, with the Realme 5 lineup, it will make a leap to quad rear cameras from the usual dual rear cameras on its smartphones.

And now the company has confirmed via a promo poster that it has packed the Realme 5 in particular with a 5,000mAh battery, a huge bump from the 4,230mAh battery of the Realme 3.

Apart from the beefier battery, the Realme 5 will also be launched with one of the best-in-class Qualcomm processors for the first time in the Indian market. The processor that Realme is talking about is rumored to be the newly-launched Qualcomm Snapdragon 665 SoC.

The 2.0GHz AI-enabled Snapdragon 665 SoC is an octa-core processor made out of 11nm FinFET process on 64-bit CPU architecture. The first global phone to integrate this chipset is Xiaomi’s Mi A3 which is coming to India a day after the launch of the Realme 5 series. 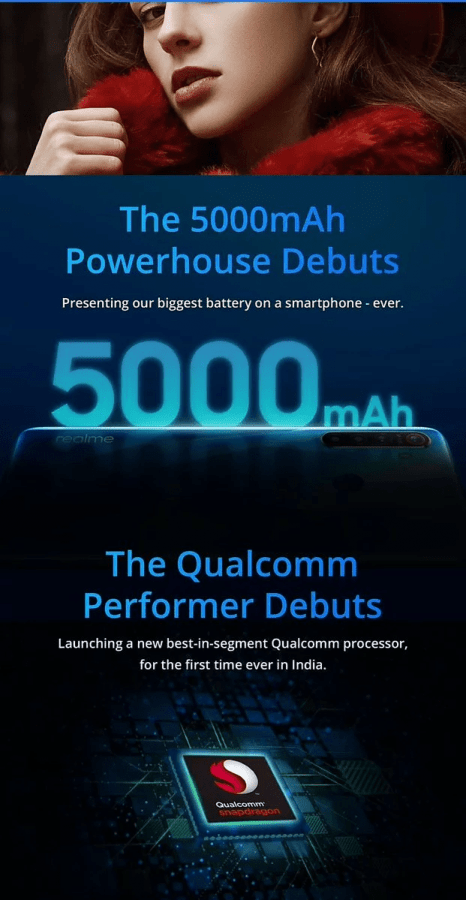 Coming back to the battery, it is not confirmed what size will make it to the Realme 5 Pro but Realme has confirmed that it will be supported by VOOC 3.0 fast charging technology. Sadly, the same fast charging feature will be lacking in the Realme 5.

The company previously confirmed that the quad cameras setup on the Realme 5 Pro will comprise a 48MP Sony IMX586 main sensor with f/1.8 aperture and 1.25-micron pixel size, an ultra-wide-angle sensor with 180-degree field of view, a 4cm macro lens, and a depth sensor. But in the case of the regular Realme 5, the main sensor is rumored to be replaced with a 16MP sensor, however, the other three sensors will remain intact.

All said and done, the full details about the Realme 5 duo will come to the fore on August 20 the day when they will see the light. Meanwhile, the Realme is all set to launch the world’s first smartphone with a 64MP primary camera in China today. So, stay tuned for the updates in this regard.