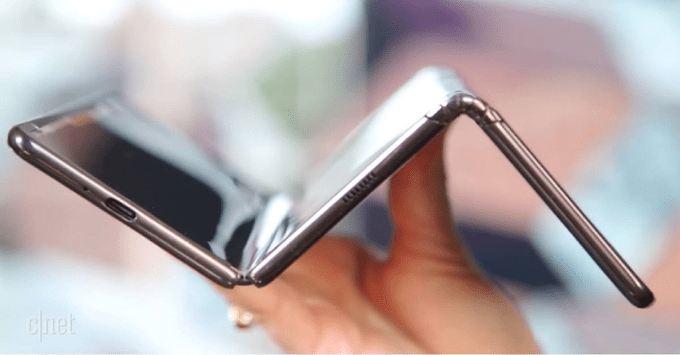 This is an amazing tri-fold phone prototype from TCL

While the foldable phones are going to be a trend in the coming months, at least in the premium segment, the Chinese manufacturer, TCL is looking far ahead into the future. The company, which primarily makes TVs, but is also into the smartphone business, eyes at a trifold smartphone with two hinges instead of one in the foldable phones.

The company has made a prototype of this trifold smartphone, which already found its way into the hands of Jessica Dolcourt, a tech journalist from CNET. She has gone on to a hands-on video about the phone, which so far remains unnamed.

The smartphone makes use of two TCL’s proprietary DragonHinges- one folding in the other folding out. When the device is unfolded, it takes the form of a tablet with a display spanning about 10 inches diagonally. Dolcourt says, “The idea here is same as it is for every foldable phone to give you as much screen space as possible in a small package,”

With two hinges, the device no doubt acquires a thick profile, but still, it works as a proper phone as it offers a usable tall screen upfront in a folded state. The always-on screen that faces up features a selfie camera while the rear screen mounts a quad-camera array. Also, seen in the video is a USB Type-C port.

Apart from serving as a tablet, the tri-fold design also allows for using one portion of the screen as a keyboard while the other two parts of the screen can act as an expansive display- something that we experience in 2-in-1 devices.

Despite the hands-on video, there is no clue what specs this trifold smartphone will come with. Also, TCL has not shared any timeline as to when the phone will go into the wild. If you remember, the company had also shown a couple of folding phone concepts, including one that wraps around the wrist, at MWC and IFA.

Back then, TCL had said, “It is not in the race to be the first.” It is a known fact that the foldable phones throw many challenges at the manufacturers in terms of design, build quality, as well as software optimization. TCL might be taking its own sweet time in developing those phones so that when launched, the phones will work seamlessly to users’ satisfaction, without causing any embarrassment to the company.

Meanwhile, though amidst huge pricing concerns, Samsung’s Galaxy Fold is already out in the open starting at $1,980, while the HUAWEI Mate X has been launched in China at about a staggering $2,400.

Nevertheless, the foldable or the tri-fold phones from TCL are expected to be in the affordable ballpark considering TCL’s track record in building cheaper but spec-heavy devices.