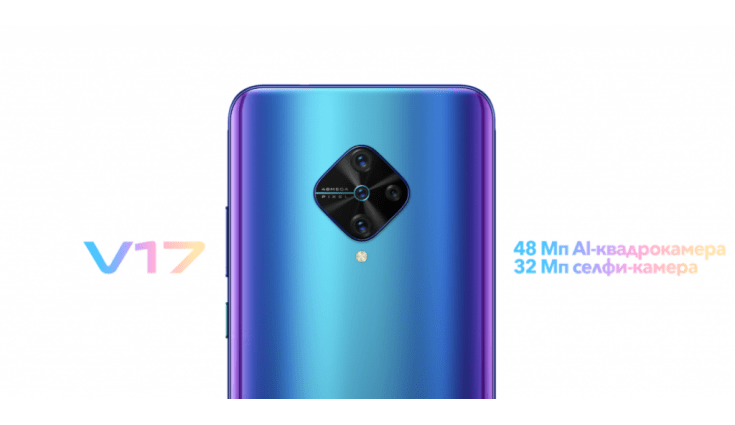 Another day. Another launch by Vivo. This time in Russia. And the phone that has been shown the light is the Vivo V17, a sibling variant of the Vivo 17 Neo and Vivo 17 Pro. On scrutiny of the spec sheet, the new smartphone turns out to be the rebranded version of the Vivo S1 Pro, which debuted just recently in the Philippines.

With a dialed down processor, the Filipino variant of the Vivo S1 Pro was believed to be the international variant of the original one, which now seems to be true, albeit with a different moniker- the Vivo V17.

It is not clear if Vivo will adopt the same different branding strategy for this phone in other markets as well. But meanwhile, Vivo confirms that the same handset will launch in China as the Vivo Y9s on November 24.

The Vivo V17 in Cloud Blue and Blue Fog color options is priced at RUB22,990 (Approx. USD360/EUR325) in Russia and is up for preorders till December 5. Further sweetening the pot, Vivo will additionally bundle a Vivo Y11 for free to the customers who preorder the Vivo V17.

At its gut, the smartphone is kitted with a Snapdragon 665 SoC, which works in tandem with 8GB RAM and 128GB built-in storage. The storage can be expanded up to 256GB using a microSD card. The phone runs on the Android 9 Pie platform with Funtouch OS 9.2 laid on top.

The rear of the phone is graced with four cameras arranged in a diamond-shaped setup, which is fast becoming Vivo’s signature camera module after the Vivo S5. The cameras include a 48MP primary sensor, an 8MP wide-angle sensor, a 2MP depth sensor, and a 2MP macro sensor. Upfront, a 32MP selfie camera is ensconced inside the water-drop notch.

The smartphone derives fuel from a 4,500mAh battery, which in turn draws charge via USB Type-C port with the help of an 18W fast-charging brick. NFC, face unlock, 3.5mm headphone jack, etc. are other notable features that the Vivo V17 is loaded with for the users.

In related news, Vivo launched Vivo U10’s successor, the Vivo U20 packed with 5,000mAh battery, triple-rear cameras, and Snapdragon 675 SoC in India yesterday with a starting price of $153 only.