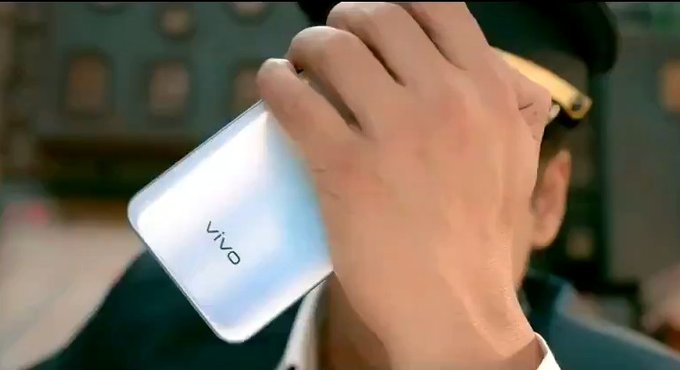 Rumors were rife that Vivo is prepping a successor to the Vivo V15 Pro, a mid-range flagship that launched back in February this year. The new upcoming smartphone to be called the Vivo V17 Pro has recently been walking around the rumor mill though without revealing much of a detail.

Today the Vivo V17 Pro has come up in the most unexpected of places giving away the timeline around which it might see the daylight. The Big Boss season 13’s host Salman Khan in the promo video of the show is seen holding the alleged device in a manner that upper part of the back panel remains hidden by his hand.

Despite that, the smartphone is seen featuring a curved back panel with subtle gradient design. While nothing more is gathered about the phone from the short video, a voiceover towards the end of the video can be heard as saying “Vivo V17 Pro presents Big Boss 13”.

Given that Big Boss 13 is going live in September the alleged Vivo V17 Pro might launch close to the airing of the India’s one of the most popular reality shows. So far, no dedicated official teaser regarding the V17 Pro has hit the internet but we may expect this happenning soon.

The Vivo V17 Pro is expected to mount quad cameras at the back and dual cameras in pop-up mechanism courtesy of a report by 91mobiles. This is a bump of one sensor each on front and back compared to the Vivo V15 Pro. Besides that, one of the sensors will have the zooming capability in line with the OPPO Reno 10x Zoom Edition.

The Vivo V15 Pro included a 48MP Sony IMX586 primary sensor so it remains to be seen whether or not it is carried forward to the Vivo V17 Pro considering that the latter will now have a fourth sensor added to it.

An AMOLED display with full HD+ resolution and in-display fingerprint scanner seem to be given things as they are also present in the Vivo V15 Pro. A 3,700mAh battery from the Vivo V15 Pro is likely to be enhanced to 4,000mAh for the Vivo V17 Pro.

Other specifications of the Vivo V17 Pro are still shrouded in mystery. We hope Vivo will reveal the core specs of the handset quite soon.

Meanwhile, the Vivo has launched the Vivo S1 with emphasis on design and style at around USD265 initial price tag. The device comes with an FHD+ Super AMOLED display, MediaTek Helio P65 SoC, up to 6GB RAM, and up to 128GB internal storage.

Are you facing any Problem or need any help? Get Fast Help from our community experts. 🤗
Check Out  Motorola One Hyper cleared FCC certification, launch imminent

The back is stacked with a triple camera module including a 16MP primary sensor while on the front a 32MP selfie camera is housed in a water-drop notch. Supplying fuel to the Vivo S1 is a 4,500mAh battery with Dual Engine fast charging support.

Redmi K30: What all is known so far

Android 10 to make it to all existing Pixel phones from...