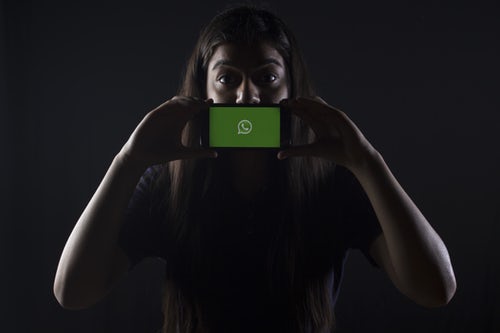 A wrong pair of hands can play dirty with your WhatsApp messages and sadly WhatsApp doesn’t provide any safeguards in this regard. However, that is going to change very soon as Facebook-owned WhatsApp is bringing Fingerprint Lock feature to its messaging app on Android devices so that messages remain protected from being seen by pesky people around you.

WhatsApp has been rolling out fingerprint authentication to the Android users those who have registered in WhatsApp beta program for Android.

This is the first time the much sought after feature has made its way to a stable WhatsApp beta build for Android. Prior to that, this security feature was made available for iOS beta users in May this year. People using iPhones or iPads can make use of the Touch ID in addition to Face ID to unlock their WhatsApp messaging app. The Android users, on the other hand, will have to make do with the fingerprint authentication only, at least for now.

Android beta users after enabling the Fingerprint Lock feature will require to authenticate their fingerprint to unlock the app each time. A WhatsApp video call can, however, be answered even in the lock mode.

Users can have the options of automatically locking the WhatsApp based on their time preferences which are as follow: immediately, after one minute, and after 30 minutes. 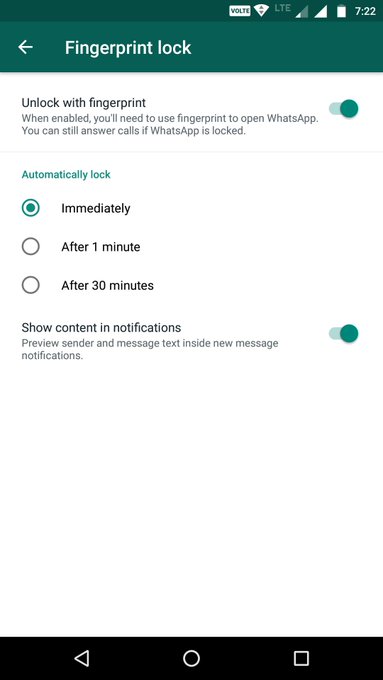 To our relief, the Fingerprint Lock will work on Android in-built biometric security, meaning the fingerprint data won’t be transferred to WhatsApp servers.

To be able to use the Fingerprint Lock your WhatsApp has to be updated to the latest version 2.19.221 Android beta. If that is the case, you can head to WhatsApp “Settings” then to “Privacy” and then toggle on “Fingerprint Lock”. Once locked it will display the error message that will read “Content hidden due to fingerprint lock”.

There is also an option to “Show content in notification”. Once that is disabled the users won’t see the preview of messages on the notification window. This will bolster the privacy of users by further securing their chats.

Over the past months WhatsApp’s biometric authentication has been fine-tuned but being in beta stage it still may be infested with some sorts of bugs so users are advised to use this feature with caution. In case even after updating WhatsApp to 2.19.221 Android beta the Fingerprint Lock option doesn’t reflect, users may have to clear app cache or reinstall the WhatsApp. Needless to say, backing up the chats so as not to lose the important messages and data is invariably a wise thing to do.

Since the Fingerprint Lock beta has already been rolled out for beta users its stable version may not be far off from being pushed to the regular WhatsApp users. With Fingerprint Lock feature set to come to the Android, a major shortcoming of the world’s most loved messaging app will likely be solved for good.