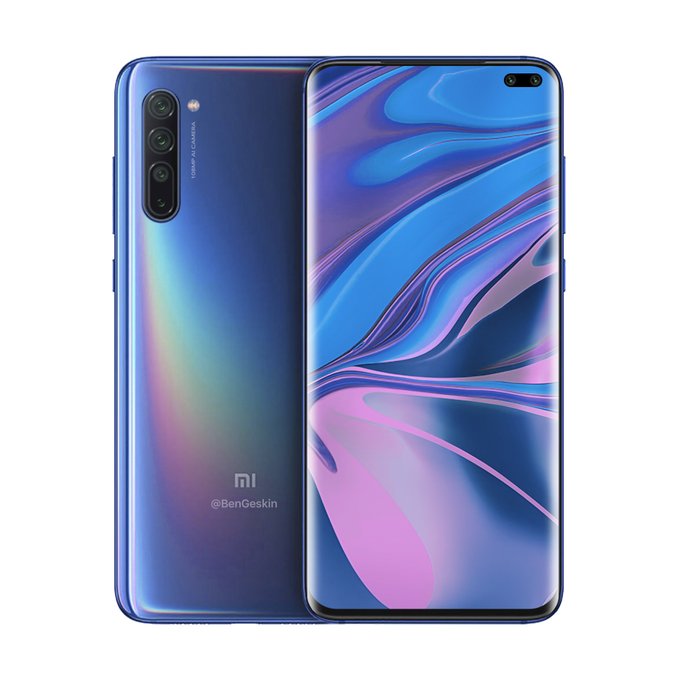 The successor to the Xiaomi Mi 9 which will be naturally called the Xiaomi Mi 10 has been in the rumors for quite some time. It is being expected to launch in early February in China trumping the Galaxy S20’s launch slated for February 11 in San Francisco, US.

If we recall, the Xiaomi Mi 9 was also launched in February last year in China and subsequently got a global unveiling at MWC 2019. It seems the Mi 10 is on the same track and likewise will be unveiled for the international market at the MWC 2020 after its showing in China.

Talking about the details of the Mi 10, the smartphone will come in two versions renders of which have leaked already giving us an idea of how they would look like.

Both the variants will come with dual selfie cameras housed in a top-right corner punch-hole cutout. The back will have a vertically aligned quad-camera setup led by a 108MP main sensor in both the models.

However, the rest of the sensors at the back are likely to differ. The Pro version will tack on a 48 sensor, a 12MP sensor, and an 8MP sensor. The plain Mi 10 will have an additional 20MP, 12MP and 5MP array. The nature, as well as the functionality of each of the sensors, is not known as of now.

Rumor has it that both the devices will integrate recently launched Qualcomm Snapdragon 865 SoC as the platform. If the Mi 10 launches before the Galaxy S20, then the former will be the world’s first smartphone to be powered by the Snapdragon 865 SoC.

The duos are said to have a common 4,500mAh battery but with variable fast charging support. The Pro version is expected to make use of 40W while the regular Mi 10 version will make do with 30W fast charging technology.

Nevertheless, we are keeping our ears to the ground. If anything concrete further comes to our notice we will be swift enough to let you know. Stay tuned with us.

Was this article helpful?
YesNo
Check Out  Honor V30 and V30 Pro launched with Kirin 990 SoC and dual selfie cameras
Get Help on The Forum

WhatsApp or other legit apps showing unwanted ads? Your device may...

Motorola One Zoom: A lot of cameras at mid-tier price