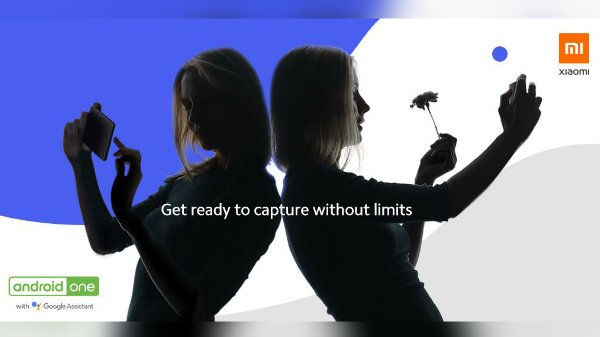 With a flurry of tweets, Xiaomi has confirmed that the camera-centric Mi A3 is on its way to launch. The smartphone is the successor to the last year’s Mi A2 and likely coming with significant upgrades, particularly in the camera specs.

The leak revealing fresh image renders and key specs comes courtesy of WinFuture, a German publication. The biggest change due to the leak has occurred in our understanding of SoC that the Mi A3 is likely to come with. The leak reveals that the Mi A3 will be kitted with a  Qualcomm Snapdragon 665 SoC (also present in the Mi CC9e) and not the heavily rumored Snapdragon 735 SoC.

According to the leak, the Mi A3 is supposed to feature a 6.01-inch AMOLED FHD+ 409 PPI display with a dot notch that will accommodate a 32MP selfie camera underneath. The rear is strapped on with a three-camera module, comprising a 48MP Sony IMX586 sensor with f/1.79 aperture, an 8MP telephoto lens, and a 2MP depth sensor.

The Snapdragon 665 SoC will pump power from under the hood, ticking alongside 4GB RAM and 64GB/128GB internal storage. The smartphone is shown in renders without a fingerprint scanner, lending credence to rumors of an in-display fingerprint scanner for the Mi A3.

If compared with the predecessor Mi A2, the Mi A3 will now have a slightly better processor but a major camera upgrade both on front and back. The Mi A3 is likely to hold a three card slots, two for SIMs and one for a microSD card as against the dual SIM slots in the Mi A2.

Xiaomi also appears to have made amends for its removal of audio jack from the Mi A2. The Mi A3 is poised to come with 3.5mm audio jack alongside a USB Type-C port.

Check Out  Nokia 6.2 and Nokia 7.2 launched with triple back cameras and 3,500mAh battery

Rumors also doing the rounds is that Xiaomi will launch a lite version of the Mi A3 along with a vanilla Mi A3. Although Xiaomi has not confirmed, with the reference to “World’s best Android One Series” in its tweet, it gave away there is more than one handset to expect.

However, neither Xiaomi nor the new leak has opened the lid on the launch date of the device. Considering that Mi A2 was outed in July last year, the Mi A3 could well be on the doorstep of an imminent launch. Price is not revealed as of now either. So, stay tuned with us for further updates in this regard.

Know the full specs of Samsung Galaxy Note10 ahead of August...

How to Spoof in Pokemon GO with Rooted Android devices [Detailed...