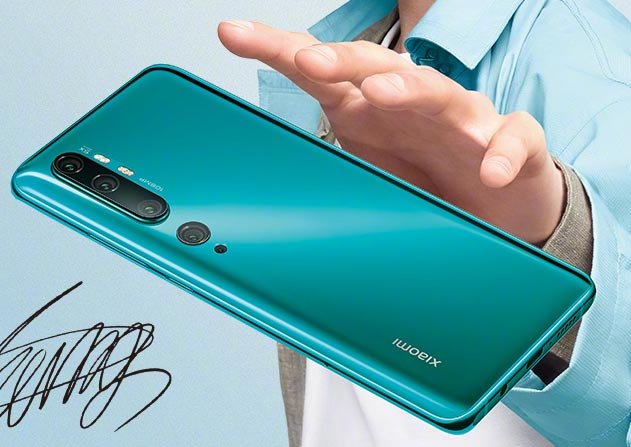 Earlier Xiaomi had confirmed that the Mi Note 10 would arrive with a 108MP Penta camera setup onboard. And today, the Chinese brand has officially revealed the configuration of this much-touted camera setup.

Xiaomi’s official Facebook page in Poland has shared a teaser image depicting the details about the Penta camera setup of the Mi Note 10. The camera setup is aligned vertically at the top-left corner of the back panel of the device.

Right below, there is a second module sporting another two cameras: a 20MP ultra-wide-angle camera and a tiny 2MP macro camera. Two dual-LED flashes are situated to the right of the top camera module.

Xiaomi has confirmed a 32MP selfie shooter along with optical image stabilization (OIS) on rear-mounted primary and telephoto sensors for the Mi CC9 Pro. So, it is safe to assume the same will also make it to the Mi Note 10.

The other details of the Mi Note 10 are lacking at this moment. Nevertheless, as the latter is all but confirmed that it would be the global variant of the Mi CC9 Pro, it is easy to predict some of the specs for the Mi Note 10 as well.

For a perspective, the Mi CC9 Pro is expected to come with a 6.47-inch full HD+ Super AMOLED screen with an integrated in-display fingerprint scanner. The Mi CC9 Pro is likely to be powered by Qualcomm Snapdragon 730G SoC mated to up to 12GB RAM and up to 256GB default storage.

If we recall, a few days ago, the famous tipster Mukul Sharma on Twitter revealed that both the Mi Note 10 and Mi CC9 Pro will share a lot of the same features but will differ mainly in terms of processor. So, for differentiation, the Mi Note 10 could pack a Snapdragon 730 or a Snapdragon 855 SoC.

More concrete information about the Mi Note 10 is expected in the coming days. It may also happen that Xiaomi might disclose some details of the phone during the launch of the Mi CC9 Pro on Tuesday as well. So, stay tuned for the next update.

Was this article helpful?
YesNo
Check Out  This was the fastest phone in June as per AnTuTu's benchmark
Get Help on The Forum

After Find and Reno, OPPO has this new series on the...

TikTok launches its own phone with Snapdragon 855 Plus SoC and...

5 Ways To Know If Someone Blocked You On WhatsApp