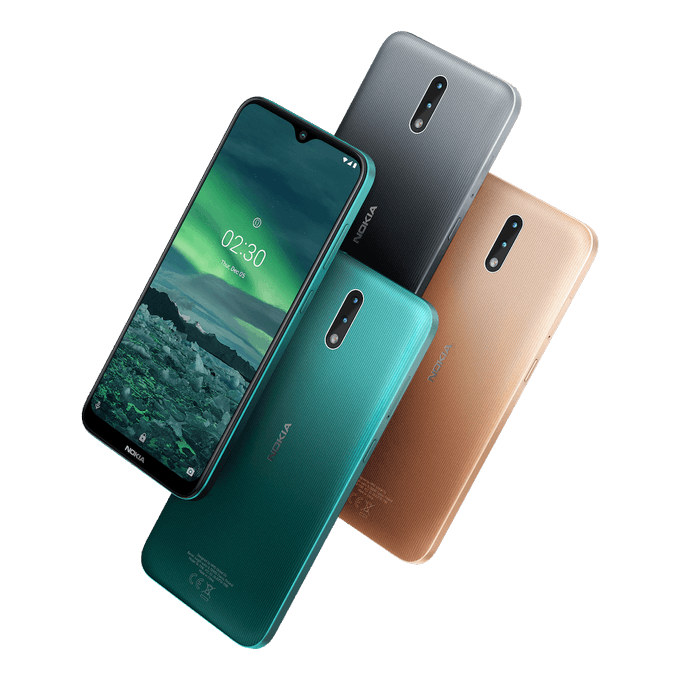 HMD Global unveiled its latest entry-level smartphone called the Nokia 2.3 with dual cameras on the back and AI support in Egypt. Noticeably, the Finish brand gave the rumored Nokia 8.2 and Nokia 5.2 a miss as both the phones were also expected to be uncovered at the same event. However, the duo might see the light soon.

The Nokia 2.3 is the successor to the Nokia 2.2, which was launched back in June this year. The Nokia 2.3 ups the ante with a bigger battery, larger display, and adds a secondary camera on the rear compared to its predecessor.

The company has said the Nokia 2.3 is Android 10-ready, but it ships with Android 9 Pie, meaning the version of Android update will take place soon. The promise is for two years of major OS upgrades and three years of monthly security updates for the phone.

The smartphone is priced at EUR109 and will be available to buy starting mid-December in three color options: Cyan Green, Charcoal, and Sand. 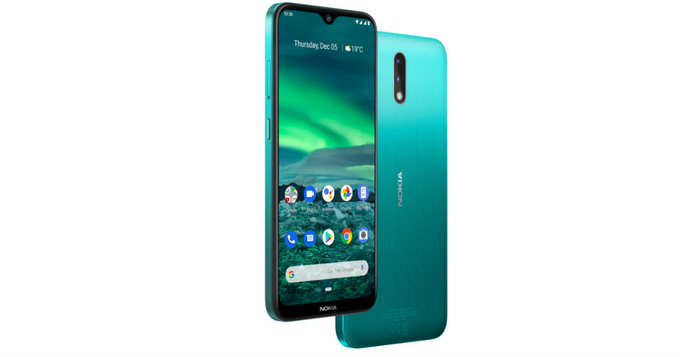 A MediaTek Helio A22 SoC the same one which powers the Nokia 2.2 also provides stamina to the Nokia 2.3 in association with PowerVR GE8320 GPU, 2GB RAM, and 32GB internal storage with a microSD card slot to expand up to 400GB.

On the rear, the Nokia 2.3 sports a fingerprint scanner and dual-camera setup comprising a 13MP f/2.2 primary camera with LED flash and a 2MP depth sensor. The front-mounted notch encloses a 5MP f/2.4 selfie camera.

With Nokia 2.3 having been launched, HMD will now bring its premium Nokia 8.2 and the budget Nokia 5.2 anytime soon. The former is expected to pack a pop-up selfie camera, a 64MP quad-camera, and Snapdragon 730 SoC. In contrast, the latter one is likely to get a Snapdragon 632 SoC, dual-rear cameras, and a wider-notch display.

We will cover the news when the two phones make their debut. So, stay tuned with us.