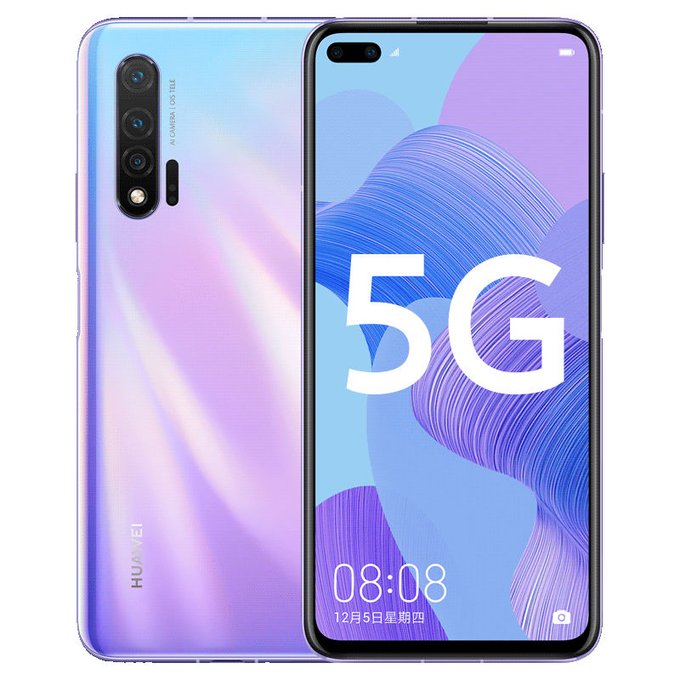 HUAWEI’s subsidiary Honor launched the Honor V30 series in China recently and fresh on the heels, the parent company is set to launch the Nova 6 5G on December 5. Ahead of the launch, the smartphone has been listed on Vmail.com, showing off its renders.

The listed renders are in four color options such as Red, Black, Blue, and Blue-Purple Gradient. The listing also confirms that the HUAWEI Nova 6 5G will sport a pill-shaped cutout on the top-left corner of the display wielding two selfie cameras as was revealed via a teaser last month, already.

The renders also exposed the rear of the Nova 6 5G tacking on a vertically aligned quad-camera array. Rumor has it that the camera module will feature a 60MP Sony IMX686 sensor, which will lead the show coupled with a 16MP secondary sensor and a duo of 2MP sensors. Also revealed are AI support and telephoto lens if the text on the back panel is read.

About the selfie cameras, HUAWEI’s teaser in the past has already revealed a 32MP primary sensor along with a 12MP wide-angle sensor with a 105-degree field of view. Back then, the Night Scene 2.0 Mode was also confirmed by the company. 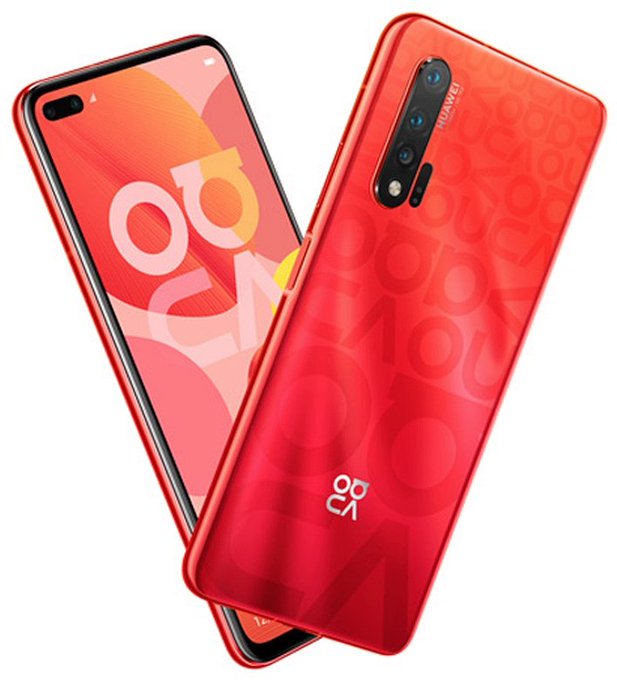 The currently listed images, other than the camera design, go further to cement the fact that the Nova 6 5G will include a 3.5mm audio jack and a fingerprint scanner integrated into the right side-mounted home button.

Design apart, the Nova 6 5G is listed to come in two storage variants, such as 8GB RAM/128GB storage and 8GB RAM/256GB storage. The phone will be available in dual 5G mode- Stand Alone (SA) and Non-Stand Alone (NSA).

The processor is not revealed officially yet. However, Geekbench listing a few days ago showed a home-brewed HiSilicon Kirin 990 SoC to power the device along with the latest version of the operating system- Android 10.

The smartphone is expected to derive fuel from a standard 4,000mAh battery, which will draw charge swiftly thanks to 40W proprietary Magic Charge technology. The display is expected to be IPS LCD spanning 6.57 inches diagonally.

Important to note that, previously, a Nova 6 SE has also been leaked to be in the works with the quad-rear camera setup, single hole-punch display, 4,000mAh battery, and Kirin 810 SoC. The phone also might get unveiled alongside the Nova 6 5G on December 5.

So far, the pricing remains wrapped in suspense. The Nova 6 5G is, nonetheless, expected to be in the pricier territory considering its top-of-the-line specs while the Nova 6 SE will sell relatively at a lower price.