Home » 🎲 Gaming » How to become Pro at Fortnite Game?

How to become Pro at Fortnite Game?

Whether you have just started playing Fortnite or have been playing for several months already, the tips and strategies we have shared here will make you a better player and win every Fortnite game on Android.

Fortnite for Android is a highly popular strategy-based game among online video game players. Here we are going to share with you all the Fortnite tips, tricks, and hacks for Android devices to help you win most, if not all, of the Battle Royale games. We have also included some strategies that you can master and use during the battle to ultimately win a Victory Royale.

The game has two core modes, i.e., Fortnite: Battle Royale and Fortnite: Save The World, but since we are talking about mobile devices here, only the Fortnite Battle Royale gaming mode has been released for mobile platforms like Android and iOS.

We can understand that winning matches on mobile devices requires you to develop certain skills on the touchscreen and get a proper hold onto a smaller screen because there is no official support for external mouse, keyboard, or controller.

But first, we will talk a bit about the basics of Fortnite and discuss how the game works.

For those of you who don’t know, battle royale (also known as battle royal) is a game category where all the players are dropped in a large map. Each player then has to explore the area, search for the essentials and weapons, and survive the battle by eliminating all other opponents while at the same time have to make sure they don’t get trapped outside the shrinking safe zone. In short, the last player/team member standing will win a Victory Royale.

Similarly, in the Fortnite Battle Royale, over 100 players enter a large map from the floating Battle Bus and skydive onto different landmarks or point of interests (like Tilted Tower, Salty Spring, Pleasant Park, Retail Row, Paradise Palms) without any weapon. Players can find random weapons, shields, ammo boxes, and supply drops as well as harvest materials by destroying things using a pickaxe. Harvested materials can then be used to build structures like walls, floors, stairs, and roofs.

Once you have gathered items, then your goal is to be the last team or player alive by eliminating other team or players from the game. The players can loot conquered opponent for items, weapons, and equipment. To make the battle more intense, the storm eye (safe zone) shrinks in size and any player left outside the storm eye will see a constant decrease in their health. This forces the surviving players to move into tighter spaces, and in-turn forces encounter between players.

Tips, Tricks, and Strategies for Winning in Fortnite Battle Royale on Android

In this section, we are going to discuss all the strategies, tricks, and tips for winning in the Fortnite Battle Royale on Android and you can use some of these, if not all, to survive in the battle for as long as possible. These tricks and strategies will help you get better at Fortnite regardless of your skill level.

As soon as you launch Fortnite and signup/sign-in for the first time on your Android device, the very first thing the game is going to ask you will be the way you want to fire your weapon. Those options are:

You just need to select one from the provided options. You will find out that the game recommends the auto weapon firing option because as a beginner you may find the auto fire option a lot more suitable as you need to control many other aspects too using the on-screen virtual buttons. But you can try each one of the provided weapon shooting option and select the best method that suits your playing style.

If, in any case, you changed your mind and wanted to select any other fire method then just follow these steps:

You will enter the same fire mode selection screen and then you can choose the firing method you like.

#2. Survive The Battle To Win The Game

Unlike other shooting game titles, the core objective in the Fortnite Battle Royale game is to survive the battle by playing strategically, eliminating opponents, and ultimately winning a Victory Royale.

So it does not matter if you are unable to fight or kill each of your opponent you encounter. It is completely passable to run away if you are almost running out of ammo or health because to be able to survive the battle you have to make sure that you have all the required materials and weapons to kill the opponent.

Remember, you need to make a strategy and be prepared with all the required materials, weapons, and ammunition so that you can take down the opposing team without losing a lot of your health because the one who survives the longest will ultimately win the battle.

#3. Use Headphones and pay attention to the on-screen sound indicators

Unlike other action games, your chance of surviving in Fortnite battle royale for longer heavily depends on your ability to hear sounds and noises while you are navigating around the virtual map.

Since we are on Android, so we have an additional advantage, i.e. on-screen sound indicators, which indicates you from where exactly the sound is coming from. This way you will be able to find out if any enemy is running nearby, there is a chest somewhere near you, or there is gunfire. You will be able to figure out their proximity even if you are not wearing your headphones.

Furthermore, there are several different on-screen sound indicators because of the different sounds generated during the gameplay. Like firing, someone’s walking nearby you, the appearance of the chest, storm eye shrinking, supply drops, vehicle, quad crasher, or ATK (All Terrain Kart).

The fundamental difference between the mobile version and PC/console version of Fortnite Battle Royale is the controls. On mobile, you will have virtual buttons right on the touchscreen through which you need to perform all the tasks including building and battling. And unfortunately, there are no shortcuts nor are you allowed to use any external gaming controller.

On mobile, you need to remember the exact location of the controls and virtual buttons so you can easily hit them precisely without even looking at them.

#5. Adjust Touch Sensitivity According To Your Personal Preference

The whole game depends on how fast you can swivel the camera to search for your enemies and your ability to keep the camera as well as your weapon focused on your enemy. So touch sensitivity plays an important role here. And it will take several attempts to find the right setting for you.

#6. Keeping Yourself Healed And Protected

The nature of the game is survival, which means you need to actively look around the virtual world in the game for health packs, medical kits, shield, and fruits to maintain your health and keep yourself protected through shield.

You can find health packs and shields inside buildings, chests, supply drops, and different areas around the map. There is a handful of items for healing which includes:

Apart from those, there are some limited time healing and shielding items added to the game occasionally.

Have you ever played the popular game Minecraft where players interact with the virtual world by breaking blocks and then build creative structures with those blocks? A similar feature is added in Fortnite too where you can use the Pickaxe to break and harvest objects and items like trees, furniture, walls, stone, buildings, vehicles, machinery, and other objects.

Depending on what object you are harvesting, the game will give you metal, wood, and brick. The amount of relevant resources you are going to receive depends on the object you are destroying.

But whenever you are destroying stuff, you just need to take precautionary measures, as using Pickaxe to harvest anything in the game will cause noise, which can easily be heard by the nearby enemies and will aware them of your presence.

#8. Practice Proper Use Of The Build Mode

The mobile version of the Fortnite Battle Royale is slightly harder to control because of the lack of space on the screen. The reason is there are two modes, i.e. shoot mode and build mode. And both of these modes are quite self-explanatory. However, there is a dedicated on-screen button to switch between modes.

Once you are in the build mode, you will see several building options, which includes building floors, walls, roofs, and staircase. And you need to select whichever thing you want to build and then start building. There are no shortcut buttons for these, so you have to be quick with the building process when you are trying to protect yourself from the enemies or when you are trying to escape from the enemies.

Learning how to build structures quickly while being able to tackle your enemies is the essential aspect of the game. And mastering it will help you survive in the game for longer.

#9. Smart Usage Of The Auto-Run Feature

Fortnite is the game where you have to explore a lot to discover items, weapons, traps, chests, and even ammunition. So exploration is one of the most crucial parts, and you need to be quick and attentive at all times because your enemies can come from almost anywhere. However, since you are using a touchscreen, which means certain parts of the screen will be covered by your thumbs (if that’s what you use for playing the game).

Fortnite for Android is compatible with a wide range of Android devices and support for new devices is added by the game developers on a weekly basis. To download Fortnite APK for Android or if you want to check the compatibility that whether your device is compatible and supported by Fortnite, then you can head over to our dedicated APK section where the app is available for download for free. 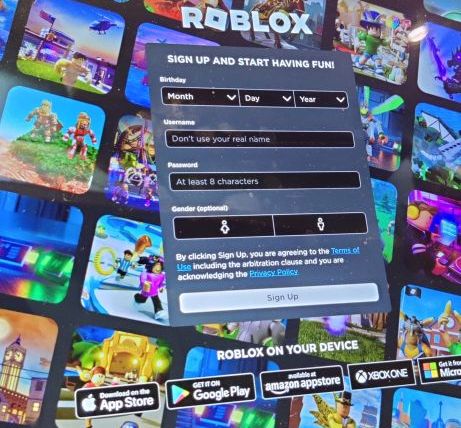 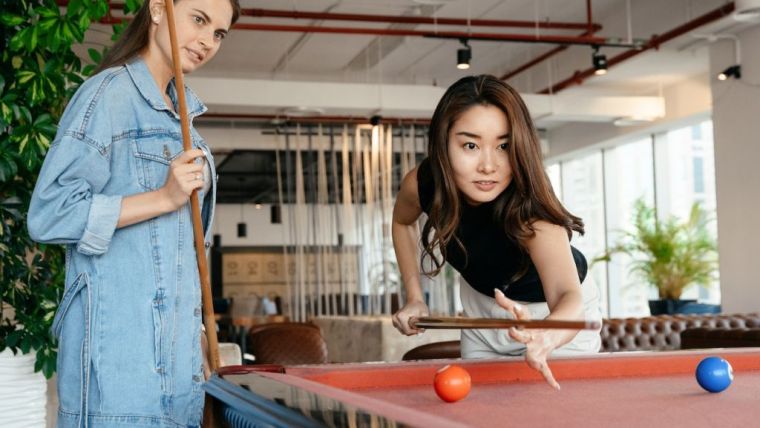 How to Find Someone On Instagram From Their Phone Number?

How to Spoof in Pokemon GO Android without Root [Detailed Guide] 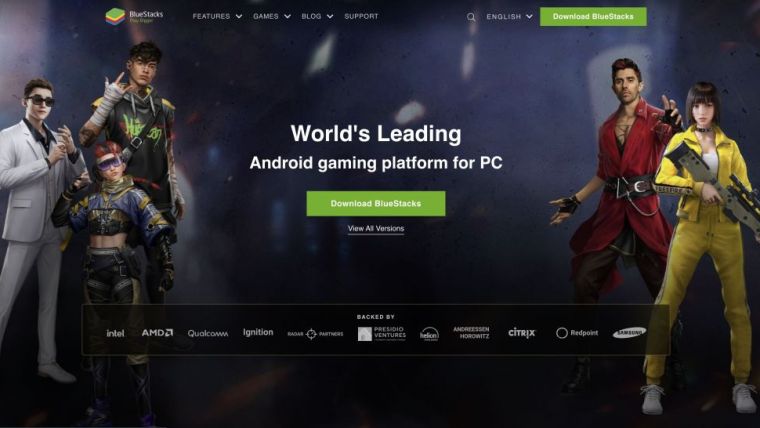 How Safe Is BlueStacks & is it even Legal

Secretly See Others WhatsApp Status Without Getting Caught 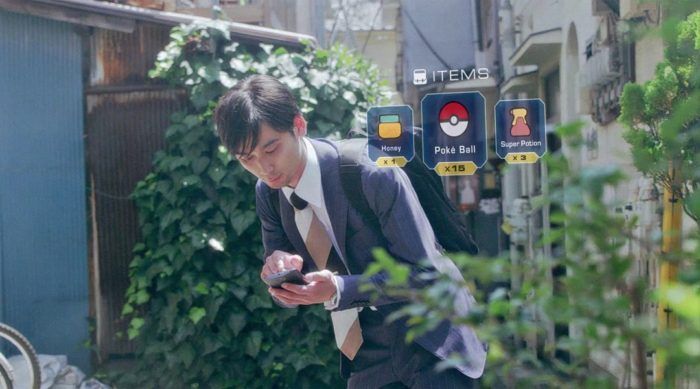