Are you in the hunt for some advanced WiFi hacking apps, specifically those that allow you to hack the wireless network and gain access to the password-protected network? Here we have reviewed over seventeen similar apps for Android.

Are you interested in hacking the WiFi connections and WiFi networks of your school, office, or your neighbor? The tools and apps revealed in this article will help you out. 😉

The WiFi hacker apps list below consists of hacking apps that works with and without root on Android phone and tablet devices.

These apps will help you with hacking into the WiFi networks of your locality by exploiting the possible WPS vulnerabilities, discovering the WiFi password, and then ultimately allowing you to gain access to the network.

Some of the tools are powerful enough to let you intercept and sniff web sessions as well as perform bruteforce attacks on the target WiFi router and discover the password, and all you really need is your Android phone.

Some of the hacking apps featured in this list are targeted towards advanced smartphone users and may require rooted Android devices.

The developer of WiFi WPS WPA Tester has designed this app to enable the users of WPS enabled WiFi routers to test how secure is your network from these possible vulnerabilities.

Once downloaded and installed, the app will make use of the PINs already stored within the database and will perform an automated PIN scan on your selected Access Point. If the app manages to exploit the WPS vulnerability in the target Access Point, then it will show you the password. Moreover, you can also enter your customized PIN or select any PIN from the given list.

Are you frequently experiencing slow Internet connection and have a suspicion that someone is stealing your WiFi without your permission? That is when WiFi Inspector app will come to the rescue.

Once you have installed the app and given the required permissions, it will reveal the list of all the devices that are connected to your network whether it is a computer or a cell phone. You will get all the information of each device including its MAC address, local IP address, device name, eventually helping you in finding the intruder.

FaceNiff is a WiFi hacker app for Android that let you intercept and sniff web sessions of the users who are connected to the same network as you are.

The app is powerful enough to work on any public or private WiFi network that uses either WEP, WPA-PSK, or WPA2-PSK type of wireless network security. The app is designed to make it easier for anyone to test the vulnerability of wireless network and those websites that are not using SSL (Secure Socket Layer) encryption.

Aircrack-ng, where ng stands for Next Generation, which is a complete collection of tools to gauge and evaluate your WiFi network security. There is a variety of different aspects of WiFi security and safekeeping that is tested and analyzed by this tool, which includes:

Monitoring of your WiFi network, attacking WiFi network to hack it, testing WiFi security and capabilities using capture and injection technique, and you can even crack wireless network that uses older security systems like WPA PSK and WEP.

Although Aircrack-ng is designed for Windows, Mac OS X, NetBSD, FreeBSD and Linux environment but you can somehow make it work on Android using wireless WiFi USB adapter on OTG enabled Android device. The tutorial to make it work on compatible Android phone and tablet devices is already available on XDA Developers forum.

Kali Linux NetHunter is an open source penetration-testing platform for Android smartphones as well as tablet devices. In a nutshell, this tool is designed for and fully compatible with Nexus devices including Nexus 5, 6, 7, 9, 10 and OnePlus One.

For those of you who don’t know, NetHunter is a joint effort between Offensive Security and Kali community member known as BinkyBear.

dSpoilt is another popular network analysis and penetration suite designed for IT and network security experts, which makes it one of the most advanced professional toolkit using which you can perform security assessments within your network or the network that you want to hack into.

The app doesn’t require you to have any high-end device; all you really need is a compatible Android device to execute network penetration. If you are running dSpoilt within your network then it allows you to map your network as well as create a fingerprint of all the running services.

Please note that although dSploit is a great WiFi password hacking app for Android, the developer behind this app has signed a merger and combined his app with Zimperium zANTI2 with powerful features. If you are interested, we have covered that app in the next.

With just a simple push of a button zANTI can help you assess the risk and security level of your WiFi network. The app specifically developed while keeping security managers and network hackers in mind. The program is so powerful that it can be used to manipulate and compromise corporate WiFi network.

The best thing about zANTI is the man-in-the-middle attack (MITM) that enables you to monitor all the insecure data that is being sent and received between the connected devices.

Arpspoof is a part of an active development of the popular app dsniff, which is a popular penetration testing and network-sniffing app. You can actively monitor your network or intrude into others WiFi network and intersect personal data like email IDs, passwords, social media accounts, and even files stored within the local network.

As far as the Arpspoof app is concerned, it is designed with an aim to redirect traffic on your local WiFi network by forging ARP replies and redirecting those to your personally specified targeted URL or web address. You can easily spoof the network and hack the passwords or email accounts using your Android device.

Nmap is a tiny little app that helps you hack into WiFi networks and scan the local network for packets, hosts, firewalls, and services. The app is suitable for both, non-rooted and rooted Android devices. Though there is a slight difference in functionality, running it on a non-rooted Android phone will not let you enjoy some advanced features like SYN scan.

The best thing about Nmap is that it allows you to freely audit your WiFi network for security loopholes. This app is being used by network administrators to monitor service uptime and monitoring host. If you are trying to use it for hacking purposes then you can perform packet filtration.

Network Spoofer is a really very powerful and funny tool for WiFi hackers and network spoofers as it can let you modify the website they are viewing on their mobile phone, tablet devices or computers. You can perform simple hacks like flipping text on websites, flipping images, change all the pictures to your custom image.

That is not all; you can even hack the website URL and redirect the visitor to any custom URL, which works really well for spoofing purposes. Network Spoofer also gives you access to few custom hacks and mods using which you can perform your own WiFi hacks.

WIBR Plus is a very powerful WiFi hacker app that will let you hack any WiFi connection that uses a weak password protection. Essentially, the app makes use of a brute force attacking system that allows you to perform customized dictionary-based attacks on the targeted router and discover the password.

The app provides a simplified interface. It will show you a list of available WiFi connections that are within the reach. You can select the one you want to target and choose the type of attack you want to perform including brute-force and dictionary.

WiFi Kill is an excellent WiFi hacker app with a light and easy to use user interface that allows you to gain complete control over your WiFi network enabling you to see the list of devices that are connected to the network along with their unique MAC address and locally assigned IP address.

Have you used Android 4.1 Jellybean? You must have seen the WPS connect button under the WiFi settings option that will let you connect to the WPS protocol enabled WiFi network with just a tap of a button.

WPS Connect app brings back that feature to any Android version so that you can easily connect to the WPS PIN-supported WiFi networks. Moreover, the app comes preloaded with some default PINs using which you can hack into those WiFi connections that are using the default WPS PIN and gain access to the router without a password.

AndroDumpper is a WiFi hacking app that makes use of the WPS PIN vulnerability found in the WiFi routers and tries to gain access to the WiFi network. This app works similar to the previously mentioned WPS Connect app.

What’s unique in the AndroDumpper app is that it allows you to use your customized list of WPS PINs to make it easier for you to crack the vulnerability, helping you in revealing the password and ultimately connecting you to the targeted WiFi router.

WiFi Greek WPS Unlocker works similar to the other apps in the list that are based on the WPS vulnerability found in most of the WPS enabled WiFi routers using which the app will grant you access to the WiFi connection without a password.

The developers behind this app frequently release a new update to add new routers to the list that used default PINs for verification and are vulnerable to the WPS based attacks.

inSSIDer is one of the most highly rated apps related to the networking on the Play Store that is designed to show you detailed information about the WiFi and wireless connection environment in your area.

The app will show you an in-depth detail related to all the WiFi routers within your locality including any channel conflicts, configuration issue or signal overlapping that could result in the degradation of your wireless network’s performance.

DroidSheep is very much similar to FaceNiff app but compatible with many popular social networking websites that use unencrypted connections and web sessions. The app is designed to steal the open web session account of the user who is on the same WiFi network as you are and have already logged into their account.

Which Android WiFi hacker app is your personal favorite?

Out of the seventeen best WiFi hacker apps we have reviewed, which one is your favorite? Let us know in the comments section below! 🙂

7 Best Discord Spotify Bots To Add Music To Your Community

How to Install Cleo Mod Script GTA on Android 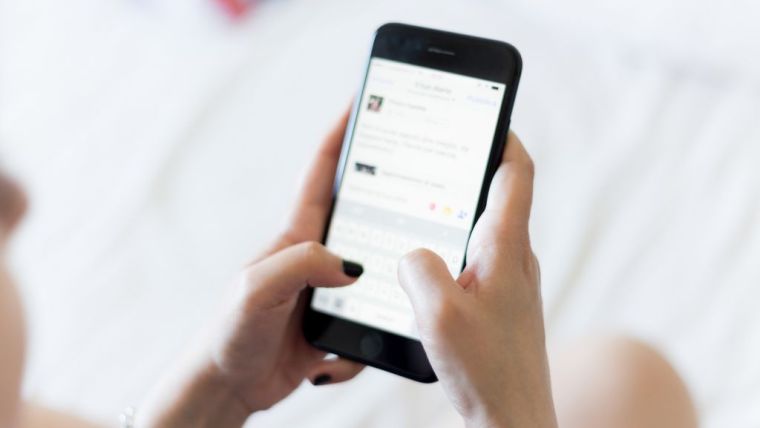 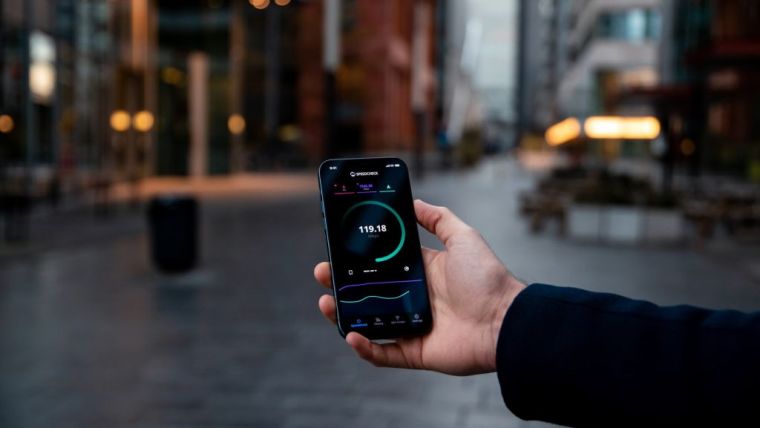